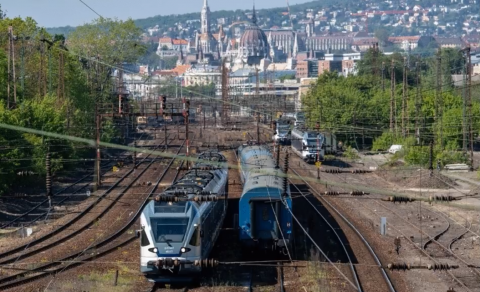 EU to provide €80 million to improve rail infrastructure in Hungary

The European Commission has approved an investment of more than €80 million from the Cohesion Fund to improve rail links for freight and passenger transport in the northern Great Plain region of Hungary.

The modernisation of railway lines in Hungary will provide better rail connections for citizens and businesses in the region, but also improve freight transport across Europe, in line with the Commission’s Green Deal priorities, according to Commissioner for Cohesion and Reform, Elisa Ferreira. “It is a new important project to concretely improve the lives of passengers.”

The money will be used to modernise several railway lines. Between Ebes and Debrecen, three crossroads between the railway and the road network will be removed and a road viaduct will be built. The track will be adapted to carry heavy loads. Between Szajol and Debrecen, a new signalling and control infrastructure and new overhead electrical cables will be installed.

The modernised railway will provide a better connection between the region and the capital Budapest. The improved infrastructure will also boost the local economy by attracting companies such as logistics operators. The flow of goods between Eastern and Western Europe can thus be improved.