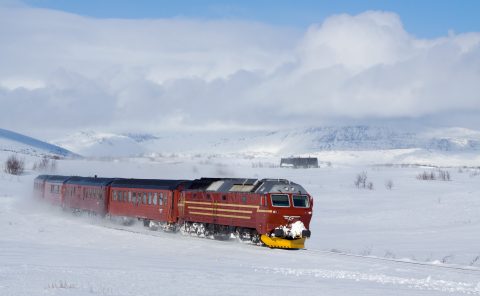 Northern Norway Line back on the cards

The Norwegian ministry of Transport has commissioned the Norwegian Railway Directorate to conduct a conceptual design study into the proposed Northern Norway Line. A report is due in the summer of 2023.

The study will centre on a connection between the northern towns of Fauske and Tromsø, a journey that takes some 8 hours by car across a distance of 481 kilometres. The concept will also look into a possible branch line half way at Narvik towards Harstad.

One of the considerations in the study will be how the proposed Northern Norway Line will impact upon the Ofoten Line, which runs from Narvik to the Swedish border town of Riksgränsen, and the 729-kilometer Nordland Line, which connects Trondheim and Bodø.

The Norwegian Railway Directorate will also have to consider the impact on reindeer husbandry and the Sámi people, an indigenous tribe that inhabits parts of Northern Norway. National husbandry association NRL is a strong opponent of the proposed railway line, saying it may lead to “carnage”.

The concept study will be carried out partly in tandem with another study into transport solutions for the north of the country. The latter takes a more holistic approach that also considers other means of transport. That concept study will be included in the government’s national transportation plan, which will detail the projects that are to be prioritised in the north.

The report on the Northern Norway Line will serve as a basis for decision making on the railway concept, but not before it is evaluated by an external party. In 2019, the Norwegian Railway Directorate deemed the Northern Norway Line economically unviable. At the time, the line was estimated to cost at least 11,5 billion euros. Studies into the project were previously carried out in 1992 and in 2011.