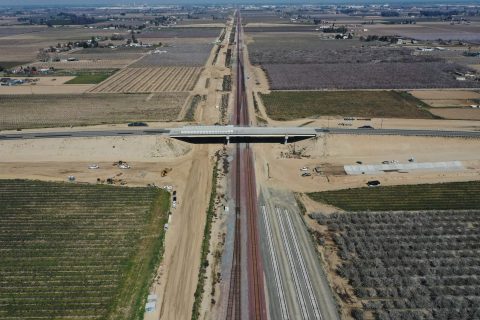 Hollywood Burbank Airport filed an environmental lawsuit in February, requesting that the Los Angeles-to-Burbank segment of California’s bullet train be put on hold on the grounds of risks to its operations.

The airport operators moved to sue following the issuing of the final environmental impact report (EIR) on the 13,7-mile section (22 kilometres) between Los Angeles and Burbank, a city in the greater metropolitan area to the north of Los Angeles proper.

Hollywood Burbank Airport fears that the construction of high-speed tracks and an underground railway station could hinder its operations and affect its safety. “The draft EIR failed to fully analyse, disclose, and mitigate potential project impacts on the airport, including to the safety of the airport’s operations,” the suit reads.

Hollywood Burbank Airport had already raised these concerns ahead of the rail board issuance of the EIR, as had the Burbank City Council. If the airport operators get their way, a new EIR will likely have to be prepared, the Los Angeles Times reports.

While it would not mean an immediate setback – the state of California currently lacks the funds to build sections outside the Central Valley anyway – it does not bode well for the planning stage of Los Angeles-to-Burbank segment. A new EIR will come at considerable costs, further driving up the California bullet train’s price tag. Project costs have ballooned to 105 billion dollars in recent years.