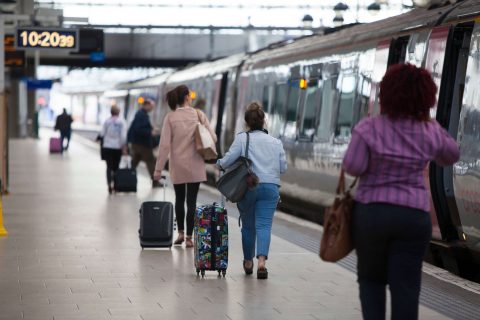 The mayors of Greater Manchester, the Liverpool City Region, West Yorkshire, North of Tyne and South Yorkshire have put out a joint statement, calling on the government to start a new assessment process of the so-called Integrated Rail Plan (IRP).

The IRP was developed with the aim of tapping the economic potential of towns and cities in the North of England. However, when published last November it fell short of expectations, as plans for the Northern Powerhouse Rail project were downgraded and the HS2’s eastern leg to Yorkshire was scrapped.

Furthermore, the technical annex released by the government in January revealed that the so-called Levelling Up impact had not been assessed. The government’s levelling up plan is designed to tackle the UK’s above-average regional disparities. Without this particular assessment, the mayors argue, the IRP might not have as great an impact.

“We find it strange to say the very least that the IRP, the Government’s flagship levelling up policy, has not been fully assessed for its levelling up impact. Surely the Government would want to ensure that any major investment of public money achieved greatest impact on its central mission?”, the mayors write.

“The magnitude of the decision on rail investment in the North of England cannot be overstated. It will have a determinative impact on our economy and society for more than 100 years. If we didn’t press for the best possible solution, we would be letting down future generations of Northerners. We cannot but conclude the current plan puts unacceptable limits on our ambition for this wonderful part of the world”, the mayors conclude.