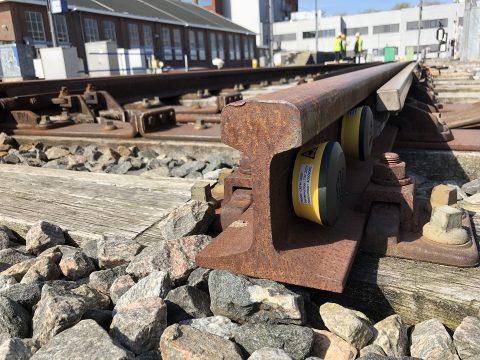 A comparative review conducted by the European Court of Auditors identified that the EU policies are still quite weak when it comes to implementing infrastructure projects. Even though the EU does not face strategy definition problems compared with other countries, it highlights weaknesses in coordinating, selecting, monitoring, and evaluating infrastructure projects.

The comparative review juxtaposes the infrastructure project approaches from the EU, the US, Canada, Switzerland and Australia. The European Court of Auditors examined the implementation of projects such as the TEN-T core network corridors, Rail Baltica, the Brenner Base Tunnel, the Lyon-Torino tunnel and the Fehmarnbelt tunnel.

Regarding the general strategy that the EU applies to implement such projects, the review did not find any considerable differences compared to the other countries. They all have a broad scope, which defines the projects’ importance based on the estimated budget to be spent on them. Despite that comparatively, there are no significant differences, the EU still faces problems because it defines its strategies by publishing strategic white papers. However, these papers are not legally binding for the EU Member States.

The fact that there is no legal bond for Member States to follow EU strategies with precision can cause problems. Many policymakers and representatives of the rail freight industry have underlined the importance of overcoming national burdens and drawing a standard European policy to implement projects like the TEN-T corridors.

This is still not the case in the EU. Since countries have no legal obligation to follow a shared strategy, “Member States currently do not even submit their national transport plans and programmes to the Commission for information,” stresses the review. Consequently, there is an observed misalignment between “the EU’s political agreed priorities for transport infrastructure and national transport strategies”.

How realistic are EU funding objectives?

In its previous reports, the European Court of Auditors revealed that the EU’s strategic transport objectives could be considered very ambitious, especially in terms of funding. This also results from the “insufficient scrutiny of cost-benefit analyses at project selection,” explains the Court’s review.

In simple words, the review argues that there is no concise and overall funding strategy for infrastructure projects. In contrast, “large transport projects are often co-funded via several subsequent grants, each requiring a new project proposal and selection process. This leads to duplication of effort for the project promoters and public authorities, increasing the administrative burden”.

The lack of a risk-based approach when implementing large transport projects is a substantial issue for the EU. This means that institutions do not consider the overall risks involved while implementing a project, leading to delayed projects and budget overruns. The misalignment between the EU and its Member States is also related to this situation since the lack of effective coordination causes uncertainty and bad synchronisation between stakeholders.

What is more, financial monitoring is just one aspect of the inefficiencies mentioned. When it comes to results assessment, most projects are evaluated based on the financial inputs and outputs instead of their overall outcome. Since there is no focus on broader results, cost and damage assessment are insufficient, and the same goes for the lessons to learn and use in future projects.

The situation could improve if the EU undertook a systematic evaluation of its projects, but this is also not the case. “Until now, the Commission has not performed, nor has it required project promoters to perform, systematic ex-post assessments of individual EU co-funded large transport projects, as no such legal obligation exists,” says the Court’s review. The lack of legal binding poses a problem again since the Member States are not obliged to inspect and report on the outcomes of projects.

The countries compared with the EU do not differentiate in the general transport project strategy planning. However, their approaches to other issues can prove valuable. For instance, Australia seems to have more efficient procedures concerning project coordination, monitoring, cost-efficiency, and risk assessment. The same happens with the USA concerning the latest aspect, but the country also has a better overall evaluation system and constant re-evaluation and amendment of projects.

The EU is still lagging in these respects, but implementing large infrastructure projects efficiently is key for success if it is to proceed towards a more sustainable and green transport future. Maybe there is much space for improvements, but time is pressuring. Thus, taking critical steps in the right direction is more important than ever.

You can find the whole review from the European Court of Auditors in the form of a pdf file here.