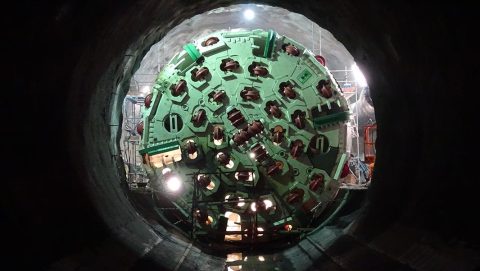 After 14 kilometers and 3.5 years of tunneling, ‘Serena’, a 300-meter Tunnel Boring Machine, reached the Brenner Pass under the Alps. In May 2018, the machine started its work on an exploratory tunnel, going from Italy towards the Austrian border. It is the first time the excavation works arrived at the state border.

The arrival of Serena at the border was greeted by the representatives of the local institutions, the Brenner Base Tunnel (BBT) project and by Italian Railway manager RFI. “The TBM Serena has reached an important symbolic destination: the Brenner Pass. This is the first step in the construction of a continuous tunnel that will connect Italy and Austria”, said the board of BBT.

In April, the Austrian and German railways decided on the approach route towards the tunnel under construction, which will become an important link from central Europe to the south.

The TBM Serena is a double-shield tunnel boring machine with a diameter of 6.85 metres. It began driving at the Mauls construction lot in May 2018 and has dug a total of 14.13 kilometres of tunnel to the Brenner, namely the exploratory tunnel section on the Italian side (Alto Adige) to the north. Exploratory tunnels are used for exploration of the rock and the construction logistics. Later, it can be used for drainage and maintenance of the main tunnel. Two TBMs are currently also operating in the two main tunnel tubes above the newly excavated tunnel, which are working at full speed. 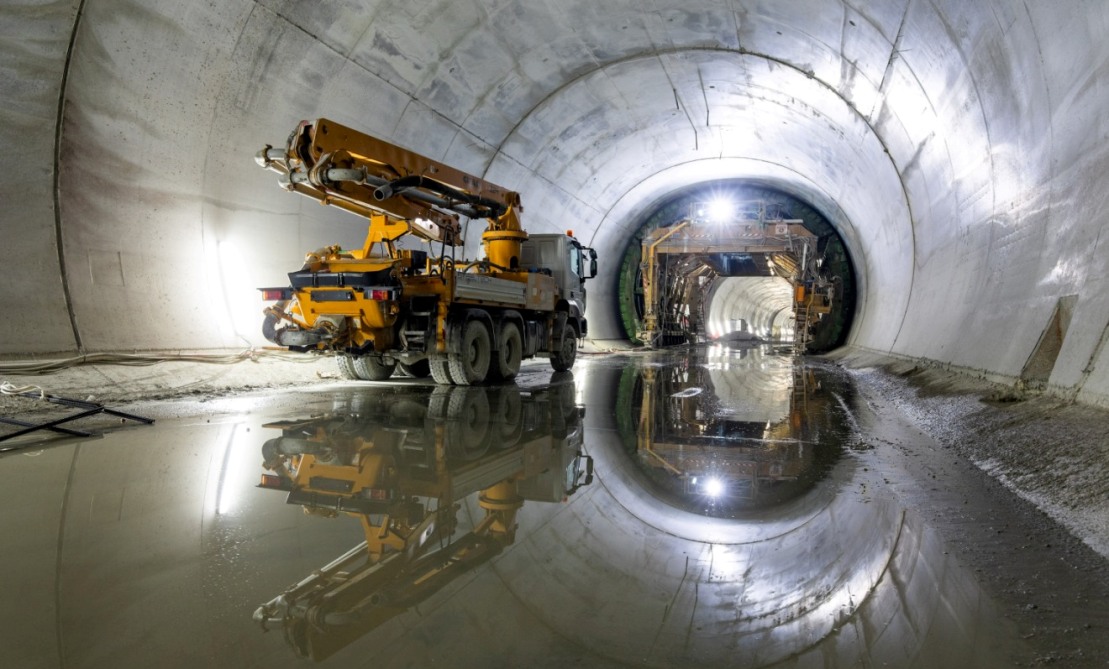 The ‘underground factory’ with a driving power of 2,800 kW worked its way through the rock and excavated the tunnel with its cutting head. As part of the excavation method, tubbing rings were used for the tunnel lining.  This means that a trailing structure was used to move prefab concrete elements, known in technical jargon as “tubbing rings”, as an inner shell in a single work sequence. To produce these concrete elements, the rock from the excavation is recycled. The TBM ‘Serena’ has a length of almost 300 metres and a weight of over 1,200 tonnes.

Connection between Central and Southern Europe

In total, the Brenner Base Tunnel system comprises around 230 kilometers of tunnels. Of these, 147 kilometres have currently been excavated: 52 kilometres of rail tunnels, 54 of exploratory tunnels and 41 kilometres of other tunnels. “RFI has believed in this project from the outset, supporting it both financially and through our expertise and skills, as well as in terms of upgrading the network”, said RFI CEO Vera Fiorani at the arrival of the TBM at the Brenner Pass.

“We are proud of the European Brenner Base Tunnel project, as it represents an important step forward and will contribute significantly to the transfer of traffic from road to rail”, says the President of the Italian Province of Bolzano, Arno Kompatscher. “It is a project that not only connects the Tyrol, but also constitutes an important link between Central and Southern Europe.”