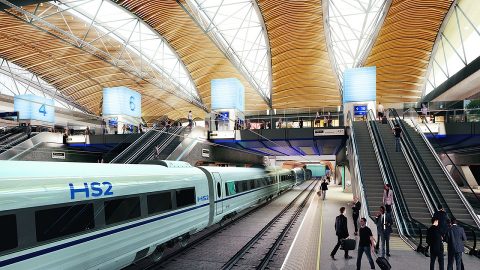 Eastern leg HS2 to Leeds to be cancelled

The extension of the HS2 high-speed line from the Midlands and Leeds will be scrapped. Sources in in the government have said this to the BBC.

The transport department of the UK government will announce an alternative rail plan this Thursday with a budget of 96 billion Pounds (113 billion euros). According to experts the cancellation of the eastern leg of HS2 will increase travelling time by 20 minutes. The government argues that the new plans have comparable benefits with lower costs.

RailTech.com reported in august about a widely-reported leak from the UK government that said that the extension of the HS2 project would be scrapped.

High Speed 2 is a planned new high-speed railway line, originally meant to connect London with the city centres of Birmingham, Manchester and Leeds. Conservative Members of Parliament have expressed concerns about the cost of the eastern leg connecting the West Midlands and Leeds, and there have been rumours it would be scrapped for some time. 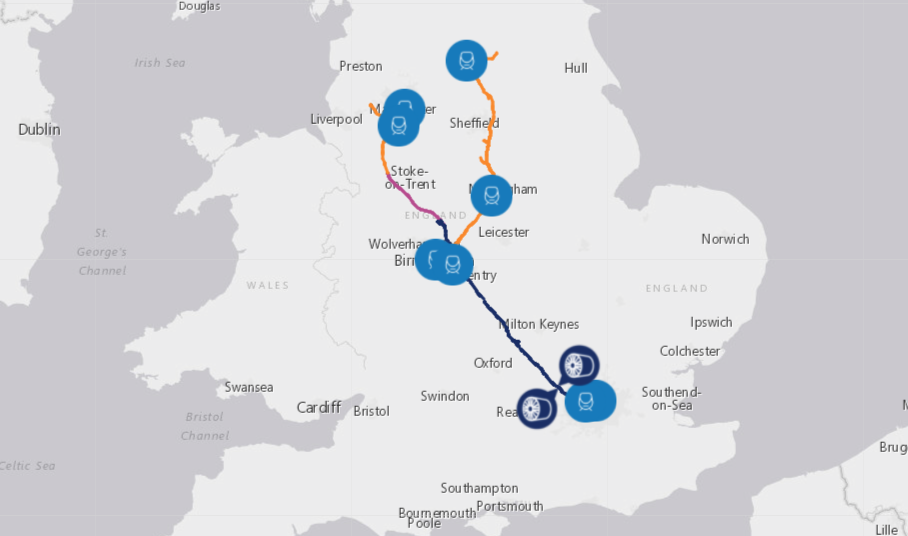 Transport secretary Grant Shapps will announce two shorter high-speed routes created in part by upgrading existing lines. One will run between Leeds and Sheffield, another from Birmingham to East Midlands Parkway, the Sunday Times has reported. The government is also expected to look into establishing a tram service to Leeds.

The new track on the route does not allow high-speed trains. The route is unlikely to go through Bradford, an important request from many in the city and surrounding area.

A group of northern local authorities and business leaders represented in the Norther Powerhouse Partnership said the decision to cut the extension of the HS2 is a mistake.

Railway engineer Gareth Dennis points out on Twitter that the benefits of HS2 are the connections from the East Midlands Hub station at Toton to regional and urban services to Nothingham, Derby and Leicester.

1⃣ The most important element of HS2 is the East Midlands Hub station at Toton.

2⃣ You can’t “water down” high speed segregation. Either you have it or you don’t.

3⃣ I have yet to see evidence that any of this “£96bn” is new. pic.twitter.com/Hpqzsubmvn

2 comments op “Eastern leg HS2 to Leeds to be cancelled”

LOL
The industrial countries are all investing in Heavy/Hard infrastructure to boost their economy to bounce back from the covid downturn.
UK also has an economy with a downturn from covid but also a downturn from brexshitastrophe… Instead of spending, spending, spending – on real infrastructure, in typical British ideology – HS2 East is Truncated/Cancelled!
How very British, all projects, does not matter size or scope, it will be lucky, fortunate to have 50% achieved.

It has always been this way and will always be this way.
HS2 undersized and when completed, will be over capacity from day one.
It as with all things, has been designed for passenger numbers from the 1980s.
This is up there with the cancellation of the rail link from London Heathrow T5 to the GWR. It was cancelled. How many vehicles and how much carbon would be eliminated by everyone in the GWR catchment area taking the Train to LHR!