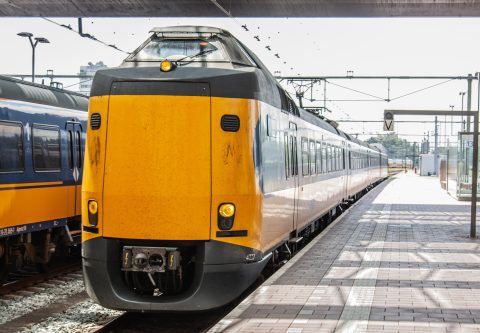 Dutch railway manager ProRail has started a new cooperation project with Dutch Railways NS and others to investigate what the possibilities are when different railway partners share their data with each other.

By sharing and combining data, knowledge and technology, ProRail wants to investigate which new applications are possible to improve the railway performance, such as capacity improvement and incident prevention. All parties that are active on the track and work directly with ProRail can participate in the Via Data project, and can send in ideas until 19 November.

Much to be gained with data

Collecting and applying data is not new. Railway companies are collecting more and more data on the tracks, trains and passenger movements on an individual basis. They are also expanding their knowledge of big data and data science and have the technology to extract new information from these enormous quantities of data. In recent years, the railway companies have used this data and knowledge to develop solutions for their own organisations. This has led to useful innovations, but according to ProRail there is much more to be gained from data when it is combined for use by the entire railway sector.

In the first round, an experiment used historical data from regional water authorities and other sources to predict rail sagging and shifting. Another experiment used train data to detect failures in the Dutch automatic train protection system (ATB).

The Via Data cooperation project consists of six-week rounds. Companies from the railway sector can submit proposals. The first round has already taken place. The deadline for round 2 is 19 November 2021. ProRail and NS will select four cases per round on the basis of added value feasibility and the data and expertise that the companies bring to the table.

ProRail arranges the basic conditions for data science research, such as a platform and a team of data specialists. An experiment will then be carried out lasting four to six weeks for each selected issue. The knowledge gained will be shared with relevant other parties in the railway sector.