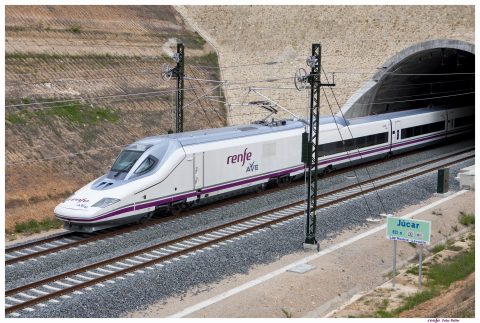 The Eurostar might just get some Spanish competition in the Eurotunnel. Spanish operator Renfe is planning to operate on the route between Paris and London.

Renfe has already initiated contacts to be able to compete with Eurostar and has requested permission from the Ministry of Finance, sources told Spanish newspaper El País. The Spanish national operator has big international ambitions, both in Europe and outside. The objective is that 10 percent of the company’s total revenues come from foreign operations, both in high-speed and in public service, within a period of 10 years.

The interest of the Spanish public company to operate the route to London stems from the currently available train paths and the capacity to operate on the high-speed line, which is managed by the French-British company Eurotunnel. “This is another step forward in Renfe’s internationalisation process, one of the pillars of the company’s strategy set out in the 2019-2023-2028 Strategic Plan”, says Renfe in response.

In France, Renfe aims to launch high-speed commercial services on the line Paris-Lyon-Marseille, as well as public services in the Grand-Est and Haûts de France regions. The company has requested to the ministry of finance to create a branch in Paris.

However, it encountered some stumbling blocks, and has not been able to obtain the necessary certifications or approvals yet. Obstacle are the accessing information on the infrastructure or technical specifications that the equipment must meet, signaling, and the impossibility of carrying out tests with its AVE trains.

The Spanish operator may be active in the future in European countries such as the Czech Republic, Slovakia and Poland, and have the resources and licenses to access the German market, through the acquisition of 50 percent of the capital of the Czech railway company Leo Express, which operates services these Central European countries.