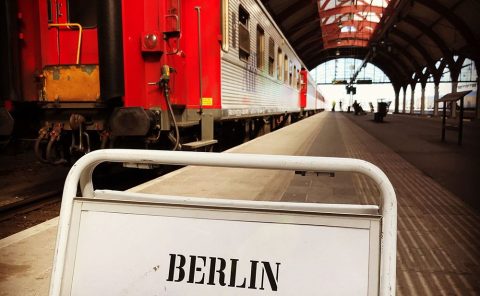 Snälltåget has been running night trains within Sweden since 2007, and to Berlin and thus the rest of Europe since 2012. Last Sunday, the first train of a renewed service left Stockholm Central station at 16.22 connecting Stockholm, Malmö, Copenhagen, Hamburg and Berlin. The connection is part of the Trans-Europ Express 2.0.

The service will run daily until September 4 this year, after which there will be “several weekly trains” until the end of October 2021. The journey time is 16 hours and 30 minutes and connecting tickets to a further 30 German cities and  Prague. The operator is planning to launch a train connecting Stockholm – Malmö – Zell am See in the Austrian Alps in 2022.

Snälltåget, part of the large French- German global mobility company Transdev, has invested in ten coaches for international night trains to expand the traffic Malmö – Berlin. They bought them in 2019 and carried out a complete renovation. The company also started trains to south Swedish Lappland in collaboration with Inlandsbanan.

Carl Adam Holmberg, head of Snälltåget, said earlier that the costs for using the tracks for the Malmo – Berlin correspond to more than 25 to 30 percent of the operational costs. With lower track access charges, more night trains can operate, also when demand is lower. Also when it comes to allocation access to the rail network. “If international trains are not prioritised, there will be no shift into rail.”

Snälltåget’s overnight train to Berlin is operated only on ticket revenue and receives no government subsidies. ”We believe that the government should make it easier for all players to operate international trains and not subsidise an unprofitable night train Malmö – Cologne as proposed by the Swedish Transport Administration. We believe that the government should instead focus on making it easier for everyone who wants to operate”, said Carl Adam Holmberg.

Snälltåget expects to have a lot of passenger traffic during the summer, especially now that travel restrictions are being relaxed. Night trains are in vogue and demand seems to be high. “We have high targets for the coming year, as well as for the autumn trips. In July, many will wait. But we expect to see more demand from August and September onwards,” says Marco Andersson, Sales Director at Snälltåget. In order to allow travellers to plan their next trip to Germany, it is also possible to book train tickets to about 30 German cities and to Prague directly from the Snälltåget website.