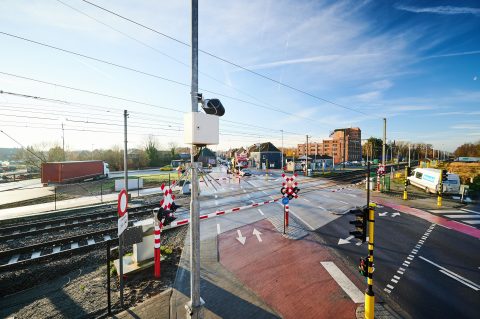 Belgian infrastructure manager Infrabel placed safety cameras at the railway crossing in Oudegem last week. These are red light cameras that detect car drivers who ignore the red light at the level crossing. The aim of the pilot project is to increase traffic and rail safety at level crossings, and it will be rolled out further if it is successful.

It is the first time that a system of red light cameras is used in Belgium. The launch took place in the presence of, among others, the Minister of the Interior Annelies Verlinden and is a joint project of Infrabel, the police, the judiciary and the city of Dendermonde.

With the pilot project, the parties involved want to increase safety at railway crossings. These level crossings are the scene of countless accidents every year. In 2020, 23 serious accidents were identified, resulting in nine deaths and four serious injuries. Due to corona and the lower number of road users, these numbers were lower than in previous years. In 2019, there were still 45 accidents at level crossings, resulting in seven deaths and six serious injuries.

In more than half of the cases, the accidents can be explained by non-compliance with the traffic rules at level crossings by road users who do not stop at a red light, at barriers that are closed or in motion and when the bell rings.

The pilot project at the level crossing in Oudegem near Dendermonde is trying to combat these traffic violations. This level crossing is a busy location for rail and road traffic and a hotspot for red light violations. This is according to a study conducted in June 2019 by the Vias Institute. In nineteen days, the Belgian knowledge center for road safety and mobility identified 862 red light violations, an average of more than 45 per day. This investigation is repeated after the red light cameras are active.

The intelligent cameras consist of a camera for automatic number plate recognition and an overview camera. When a car driver ignores the red stop light at this level crossing, this is registered by the cameras, which send the images to a central database of the Federal Police. After analysis of the camera images, the traffic offenders will be fined. 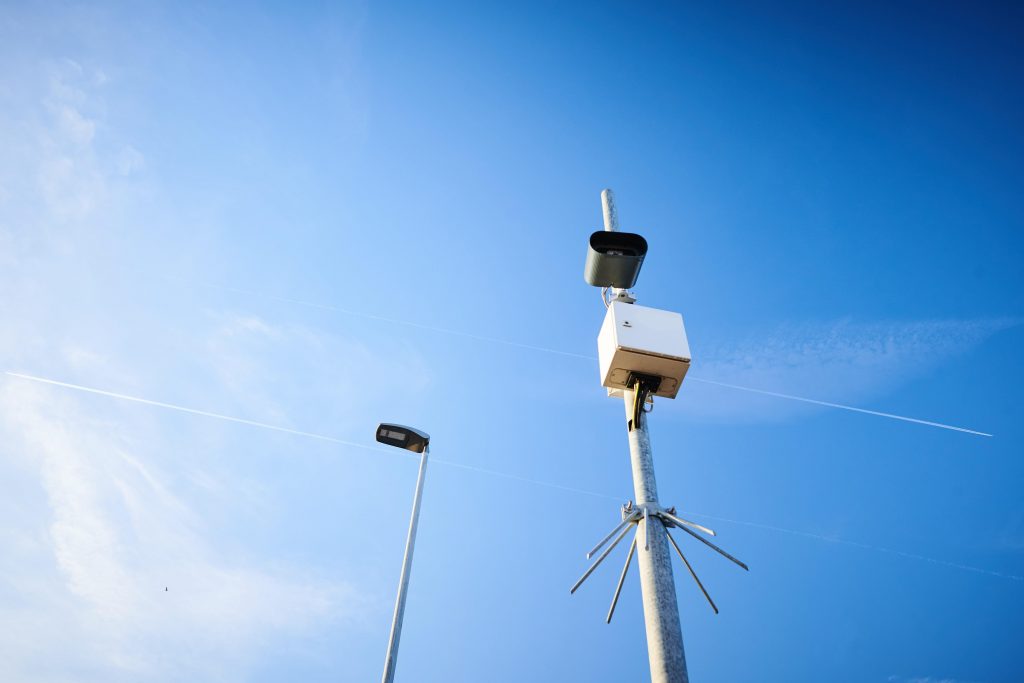