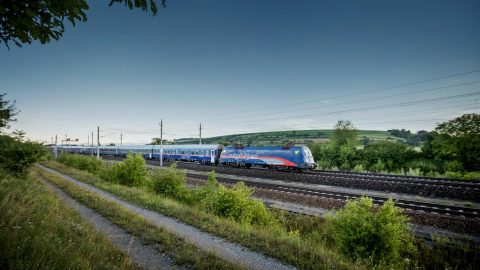 What led up to the revival of night trains?

ANALYSIS – Will the Year of Rail be remembered as the year of new night trains? That’s what one might think looking at all the projects announced in recent weeks. Let’s take a look at the developments of the last 5 years regarding night trains in Europe.

In 2016, Deutsche Bahn operated night trains for the last time. The official reason: not profitable. At the same time, Austrian Railways was testing a new night train formula. Caught off guard by the German decision, they decided to speed up the implementation of their new formula by taking over some of the night trains that DB no longer wanted. This was the real story of the Austrian Nightjet’s birth, which started services on 16 December 2016. The new formula, which includes the website, the overall prices, the service on board, quickly showed that the decision of ÖBB was the right one.

The success of the Austrian experience gave several players pause for thought, but there was no positive response from the German, Swiss or French railway groups. When in autumn 2018 a climate wave emerged in Europe, the night train was suddenly promoted as one of the tools for travelling over long distances other than by plane or car. Some even believe that night trains can replace short one- or two-hours flights (800 to 1500 kilometres).

It was from here that several alternative actors set out to investigate how night trains could be operated. They had to face the reality of the railways, with the search for schedule paths, companies that rent rolling stock, and above all the companies that have licences to pull these trains. In the years 1990-2000, many sleeping cars and couchettes cars were scrapped, so there are not many cars available today. SNCF and DB, for example, now have no sleeping cars and are not able to repeat the success of the Austrians.

A few public companies, such as SBB, DB or SNCB, have sold couchettes cars to third parties, notably for the Czech Regiojet and Swedish Snälltåget, two private operators who have launched their own night train services. In addition, the manufacturers do not offer new models. A sleeping car order requires a “tailor-made” service, as CAF did for the London-Scotland night train (and Siemens for ÖBB). Fortunately, some entrepreneurs, such as RDC, Heros Rail, BTE and others, have managed to buy up some sleeping cars and couchettes cars. These entrepreneurs have taken it upon themselves to rent out this rolling stock to third parties, after renovation in private workshops. Regiojet and Snälltåget have demonstrated that it is possible to operate night trains without subsidies if there is a high occupancy rate.

These examples have given ideas to new actors to start up themselves. April 2021 was full of announcements of new services. The Dutch company European Sleeper decided to create a night train between Ostend, Brussels, Amsterdam and Berlin and Prague. For the rolling stock and the operation, they chose the Czech operator Regiojet. Two other Belgians entrepreneurs have decided to launch their own night train called Moonlight Express between Brussels and Berlin. Recently, a third players appeared with the company Ostende-Vienne-Orient-Experience (OVOE), for night train between Brussels and Innsbruck in the winter season, to Switzerland and Milan during the summer season.

Other examples were built on public pressure. In some countries, governments need to help. This is the case in the Netherlands where the state will pay compensation for 4 years for the Amsterdam-Vienna Nightjet. This is also the case in France where the state pays to put night trains into service to Briançon, Nice, Cerbère, La Tour-de-Carol and Hendaye. This will also be the case with the announcement by four public companies, ÖBB, DB, SBB and SNCF, to put night trains back into service in the coming years. Finally, there is the Swedish government study for a night train between Malmö, Copenhagen and Cologne and Brussels, for which there are no operators yet.

The next few years will tell us whether all these projects are viable and whether the clientele will be there. It is interesting, however, that what seemed so ruinous for Deutsche Bahn and SNCF is suddenly feasible for alternatives operators.

This article is also featured in the free magazine ‘Night Trains in Europe’, which is available here.