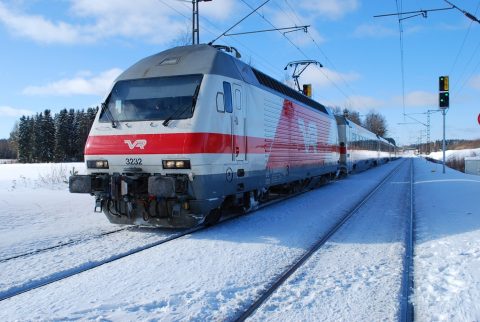 Thales has been selected to provide and install ETCS Level 2 signalling on the Kotka-Kouvola-Hamina line. It will be the first ETCS Level 2 track in Finland, which will prepare for the launch a nation-wide update to ETCS. Commercial use of the new signalling system will begin in early 2023.

Construction of the the European Train Control System (ETCS) will start in summer 2021 and last until the end of 2023. The implementation of the system is scheduled for August-October 2023. It is the single largest procurement to be made on the project, with a value of 20 million euros.

“The Kouvola – Kotka / Hamina railway is very important route for Finnish freight traffic. We will finally get the safety of modern signalling system on the track”, says Esa Sirkiä, Division Director of Projects at the Finnish Transport Infrastructure Agency. The railway section in Southern Finland connects the ports of Hamina and Kotka, which are of great importance to Finland.

Kotka-Kouvola-Hamina will be the first track in Finland to be equipped with ETCS, and will serve as a test track before launching a nation-wide train control system update to ETCS Level 2.

Another key goal of this project is to prepare Finnish signalling system experts to work with the new system. A key element will be the specification phase which will now take place, where the more precise content of the ETCS part will be jointly defined, developed and designed with Thales. The aim is to find a generic ETCS level 2 solution that best supports the project and Finland’s future goals.

The system is based on 5G technology and it aims to be compatible with FRMCS. “I’m sure that test results will arouse great interest all over Europe”, says Juha Lehtola, Project Manager of Finnish ERTMS programme at FTIA. In this project, FTIA will test the radio networks provided by commercial telecom operators for the transmission of ETCS data in the communication between the Radio Block Center (RBC) and the rolling stock. The big goal is to prepare for the introduction of Future Railway Mobile Communication System (FRMCS) as soon as the EU standards allow it.

“Finland’s entire railway network and, correspondingly, the locomotive equipment of railway companies are to be converted to new technology for digital control by 2040. This preparation will be guided by the DIGIRATA project, which involves more than a hundred railway professionals from different companies”, says Sakari Nieminen, project manager for the safety equipment system procurement of the Kouvola-Kotka / Hamina railway project.