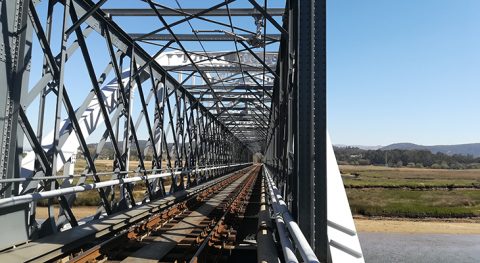 Electrification of the Minho line in Portugal completed

Following the completion of the total electrification of the line, operator Comboios de Portugal (CP) now runs electric trains between Viana do Castelo and Valença since April 25. The modernisation works carried out by Infraestruturas de Portugal (IP) result in shorter travel time and increase in rail freight capacity and competition.

The 25th of April marked the beginning of trips on electric traction trains on the Viana do Castelo – Valença section on the Minho Line in Northern Portugal. With the completion of the recent works by infrastructure manager IP, the Minho line is equipped with the electric traction system in its entire length of 134 kilometres, between the city of Porto and the border with Spain, in Valença.

The electrification and modernisation of this section, included in the Railroad Investment Plan 2020 , had an investment of more than 19 million euros. It is co-financed by European Union Funds through Compete 2020, and complements the intervention carried out on the Nine – Viana do Castelo section.

The main changes in the offer by CP include the extension of the current Intercity trains, from Viana do Castelo to Valença. Two new InterRegionals (1 per direction) between Coimbra B and Valença are introduced as well. The transfer in Viana do Castelo, on the Nine / Valença section is no longer needed. Lastly, the offer of regional trains between Viana do Castelo and Valença during the weekend are reinforced.

The new supply model seeks to respond to the mobility needs of the population, in an area of ​​the country characterised by intense economic activity and by several centers of education. 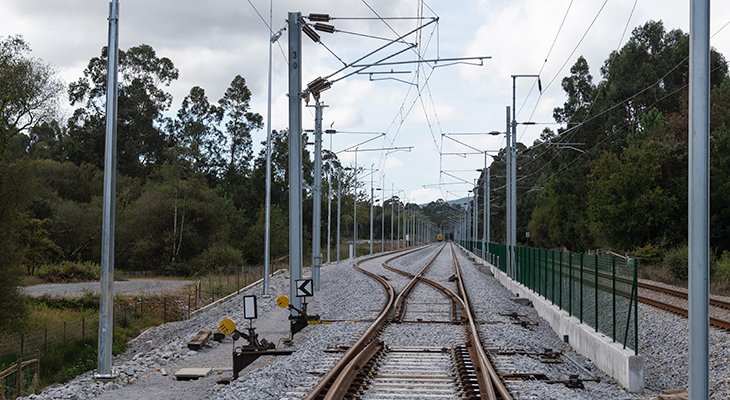 As a result of the electrification, the travel time between Valença and Porto is reduced by 15 minutes by using electric trains. The competitiveness of freight transport increases by allowing the circulation of 750-metre freight trains. Also, the number of circulations increases, from the current fifteen 300-metre trains per day to twenty 750-metre trains.

Another benefit is the reinforcement of safety and reliability levels. as a result of the installation of a new signalling and telecommunications system, and by the suppression and automation of level crossings. The cross-border connections in the North South Corridor (Porto-Vigo) are improved, and it has environmental benefits through the reduction of CO2 emissions: 323 thousand tons of CO2 equivalent.

Modernisation of the Minho line

The projects on the Minho line developed by the infrastructure manager are aimed at electrifying the missing extension between Nine and Valença. The modernisation of the line was divided into two works. The electrification of the section Nine – Viana do Castelo was completed in July 2019. Now, the second section between Viana do Castelo and Valença is finished and commercial services with electric traction just began.

These two investments in the Minho Line were carried out within the framework of the modernisation programme of the national railway network Ferrovia2020, co-funded by European Union Funds, through Compete 2020.