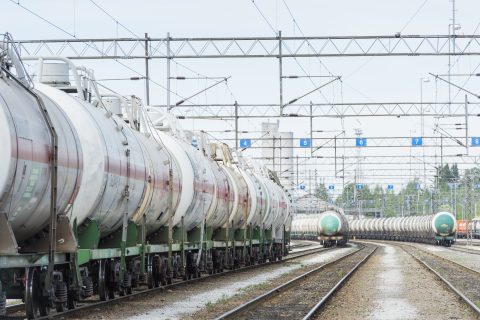 ANALYSIS – Since the separation of railway infrastructure management from rail operations, it has become more clear how important a good rail network is. Capacity should greatly be improved if the European railway system is to handle the intended increase in railway traffic, something which it sometimes already struggles with.

In the 1990s, it was necessary to have a clear picture of how much the infrastructure costs. Previously, these figures were unavailable because they were buried in the overall financial results of a stated-owned company. The aim of this policy was also to avoid an entry barrier to new entrants and to treat the railway network as a road, which belongs not to a monopoly company but to the state.

In addition, a distinction had to be made between trains that have a public service character essential to people’s needs (and sustainable for public finances), and trains that have a more commercial character, such as freight trains and most long-distance trains. By sectoring, it was possible to see the production costs of each more clearly.

Rail needs to be predictable

Separating the infrastructure suddenly highlighted the cost of the railway network. This was the basis for track access charges, as each train now must pay a per-kilometre rate. Not surprisingly, each country produced its own method of calculation, and sometimes significant disparities emerged from one country to another. But more importantly, this separation has led to a better understanding of the importance of infrastructure for train traffic.

Signalling, in particular, is of paramount importance because it determines the flow of a railway line. Unlike the road where you can enter as you please, the railway is a closed environment where a train can only run if it has a scheduled path. This requires a minimum of predictability to ensure that everyone has a place. This becomes a problem when customers need and ask more capacity. In some regions, the rail infrastructure is often used to its maximum capacity and there is no room for additional trains. If a shipper does not get the train on the date they want, they will to look to road transport, with the risk of staying there for good.

Capacity allocation is a very important issue which implies a revision of the block traffic management to a “moving-block” traffic management. However, this would mean completely rebuilding the signalling system and equipping all the rolling stock, which most operators refuse to do because the benefits of such a system are so far theoretical. In addition, the industry sold this future signalling equipment at very high prices.

One way of increasing train capacity is to add extra tracks, but this policy is also costly and sometimes shows certain limits. Historically, unlike motorways, the railways network was built close to villages, which today are much more urbanised than they have been yesterday. In addition, railway lines have sometimes been built in difficult areas, such as along the Rhine. Today, we have a freight line in Germany that is completely closed for several weeks now, while on the valley’s heights, the motorway is perfectly open. The fragility of the rail transport mode is something that will have to be solved if we want to double train traffic by 2030.

Fortunately, there are reasons for hope. Many works are rebuilding sections of railway lines to new construction and durability standards. Station are also being rebuilt to better separate traffic flows, which is a demand imposed by the punctuality requirements of passenger traffic. Digitalisation now makes it possible to monitor infrastructure assets more closely and to replace them only when necessary, or when they are worn out.

As rail is part of the solution to achieving our climate goals, it is essential that the state provides a maximum amount of funding to renew the infrastructure and reduce rail tolls, as it does so well for road and aviation.