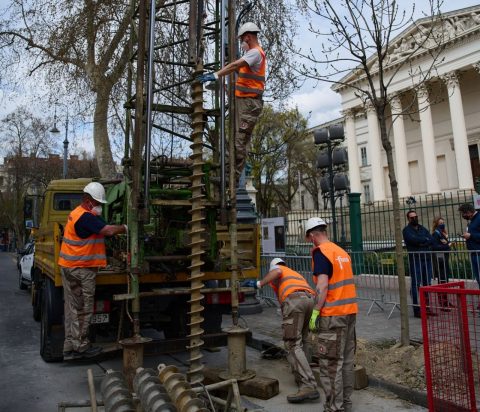 Preparatory work for the construction of a new 2.6-kilometre-long metro tunnel has started last week in the Hungarian capital of Budapest. This tunnel will soon connect the suburbs to the north and south of the city with each other and with the center.

“We started digging: the preparatory work on the new tunnel through the inner city of the future metro line 5 has started near the National Museum in Budapest”, writes Dávid Vitézy, director of the publicly owned project developer BFK.

The future tunnel will connect the suburban railway lines H6 and H7 with the city’s main public transport hub: Calvin Square (Kálvin tér). The H6 and H7 are currently the only two remaining suburban rail lines without a direct transfer to the metro system. The construction of the new 2.6 km long tunnel from Közvágóhíd to Kálvin tér should change this. Travelers will then have the option to transfer directly to metro 3 and 4. 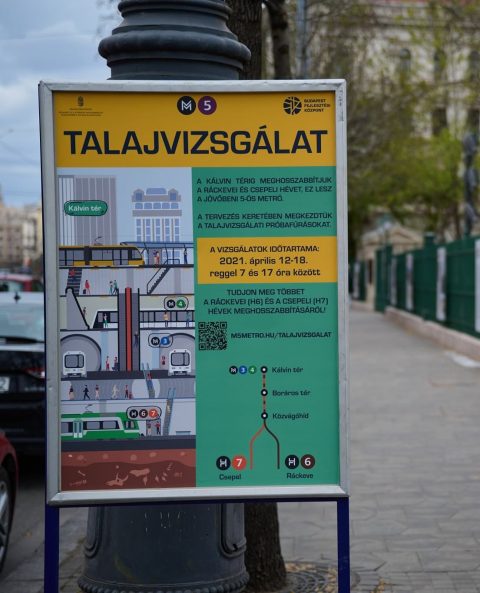 The project is expected to take seven to ten years and the first renovation works on the track will begin in 2023. The old carriages of the HÉV network will also be replaced by modern low-floor, air-conditioned trains on the occasion. The first trains will be delivered in 2023 and the entire fleet is expected to be replaced by 2025.