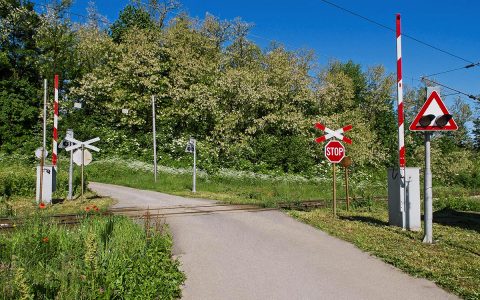 94 level crossings in Croatia to get active safety measures

Croatia takes action to make 94 level crossings safer to reduce incidents. Last week, an agreement was signed in order to provide the level crossings with active signalling and other safety measures. The rail-road crossings that are part of this project are places with a lot of mixed traffic. Most of them are located in Bjelovar-Bilogora, Požega-Slavonia, Osijek-Baranja, Virovitica-Podravina and Varaždin counties.

The project will provide and modernise 94 rail-road and one pedestrian crossing throughout Croatia. The Croatian Ministry of Transport and Infrastructure, rail infrastructure manager HŽ Infrastruktura and the Central Agency for Financing and Contracting of European Union Programs and Projects (CFCA), signed an agreement for securing and modernising the railway crossings on January 26, 2021 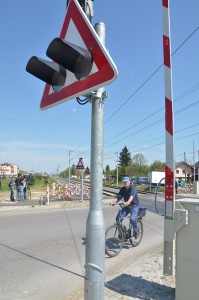 Project activities include equipping all crossings with automatic electronic signalling and safety devices that use light signals with LEDs and loud bells for safe traffic flow. At 79 rail-road crossings, in addition to these devices, half-barriers will be installed. As part of the project, the provision and equipping of previously designed rail-road crossings and pedestrian crossings on lines for international, regional and local traffic will be carried out.

The main works of securing and modernising all crossings are designed with respect to interoperable standards, and the installed equipment will meet all prescribed safety and technical requirements with additional respect for safety elements in accordance with EU directives, according to HŽ Infrastruktura.