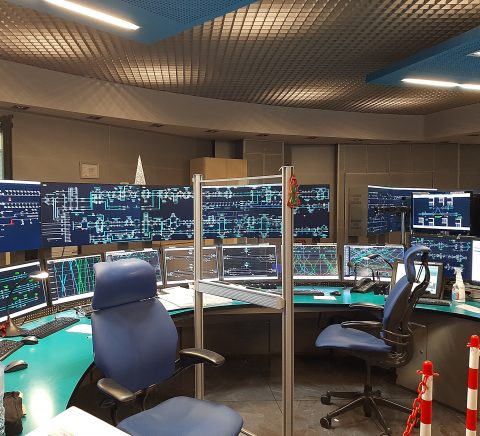 Italian railway infrastructure manager RFI has activated ERTMS on a section of the railway line Florence-Rome on Monday 28 December. The overall investment costs of the new train safety and control system were around 150 million euros. Next to the installation of ERTMS, the system for remote train control is also renewed.

The technological upgrade is necessary because the section is one of the busiest in Italy and high-speed trains operate the line daily. RFI has installed the European Railway Traffic Management System (ERTMS) in the section between Rovezzano and Arezzo Sud.

The installation follows the 700 kilometers of high-speed line in Italy that already was equipped with ERTMS The construction management was done by Italferr, an engineering company of the FS Italiane Group. The activation of the system involved a total of about 200 people from the FS Italiane Group and the contractors, of which around 150 operating the line and 50 remotely.

On the section, a new Apparatus Computerized Multi-Station Control Panel (ACCM) is also installed in the Central Station in Bologna. This is the system that allows an operator to issue commands and receive safe controls on the systems of lines and nodes, allowing better operation in the regulation of circulation.

The new systems allow the management and supervision of the section from the Central Station, where there is a room dedicated to high-speed lines. The renewal of the technologies will determine a significant improvement in the quality of the service and the regularity of traffic, guaranteeing greater infrastructural reliability and optimization of management in the event of abnormalities, says RFI.

In addition to ensuring higher performance, the ERTMS system also allows savings on management and maintenance costs compared to traditional signaling systems. For international railway traffic, a big advantage is that it promotes interoperability between railway operators from different countries, based on information exchanged between the track and on-board subsystem.

The data and information transmitted make it possible to constantly follow the running of the train. It provides the train driver with all the necessary indications for driving, and the emergency braking is activated in the event that all parameters and the speed of the train exceeds the values of what is allowed.

Next to the ERTMS upgrade, the development of a new interface for bushing and rail temperature detection systems, the upgrading of the electrical power supply, diagnostics and telecommunication systems complete the framework of the interventions. Also, the Multistation Command and Control System (SCCM) is installed on the line. This is the railway circulation regulation system on lines and nodes through control and command of technological equipment from a remote Central Station.

An important technological renovation of the four electrical substations is also being carried out on the railway section between Florence and Rome, which will be completed in the coming weeks.