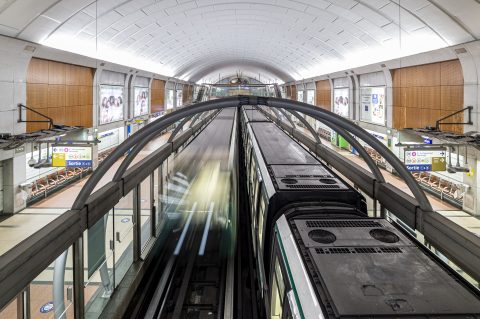 This week, the extension of line 14 to Mairie de Saint-Ouen Town Hall – Ile-de-France Region in the Paris metro was inaugurated. The main objective of the extension is to take the weight off line 13 by around 25 per cent to improve the quality of transport for the 650,000 daily users. The distance of the extension will be 5.8 kilometres funded by the State and several local authorities of the Paris Region.

The two main contracting authorities are Île-de-France Mobilities and the RATP (Public transport company in Paris). Line 14, which is also part of the Grand Paris Express project, will be the backbone of the Ile-de-France metro network. Additionally, there will be the construction of 4 new stations, a maintenance site and storage, new rolling stock, a new command post for the line and a new automatic piloting system. Line 14 will be considered the backbone of the Ile-de-France metro network and possibly the busiest.

Line 14 was first inaugurated in 1998 and is considered the first line of the automated metro system in the Parisian network. The first extension was in 2003 from Madeleine to Saint Lazare followed by the second extension in 2007 from Bibliothèque François-Mitterrand at Olympiades. Currently, it is being extended to the Town Hall of Saint-Ouen – Île-de-France region with plans of the future extension to the south and north which is planned in 2024.

The current extension allows for a minimum interval of 85 seconds between each train, which allows the transportation of 35,000 passengers per hour. The trains will consist of 8-cars 120 metres long ( compared to the current 6) which increases capacity, service and comfort. The line 14 extension will be an important factor for the current territories its been servicing as it will improve the quality of life for the 96,000 inhabitants of the north-west of Ile-de-France. Furthermore, it will strengthen the economy of the areas the line crosses.

Four new stations have been built for the extension which allows it to now cross through rapidly developing districts. The stations are Pont Cardinet, Porte de Clichy, Saint-Ouen and Mairie de Saint-Ouen – Île-de-France region. Pont Cardinet will be the station to hold lasting artistic installations, while Saint-Quen station will be serving the new business district. Porte De Clichy station, the largest of the four, will open to the public in January due to the pandemic. The Mairie de Saint-Quen-Île-de-France regional station will be the terminal station connecting to the future line 15.

By 2024, there will be an additional extension of 14 kilometres going south which allows connecting to Orly Airport, serving ten more cities, hospitals centres and Île-de-France economic zones. Combining the current north extension with the 1.6-kilometre extension to Saint-Denis Pleyel station and the future extension to Orly will make line 14 the longest line connecting future metro lines 15, 16, 17 and 18.