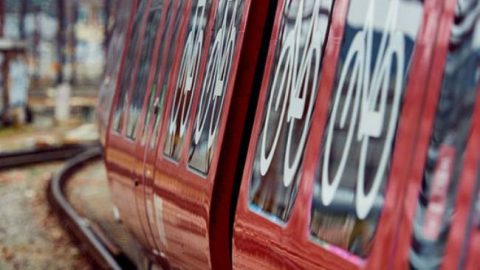 The Communication Based Train Control (CBTC) system is rolled out on the Farumbanen and Ringbanen S-lines in Denmark. They will be taken in operation on January 25. Until 2030, infrastructure manager Banedanmark will change all signals on the long-distance and S-lines. The long-distance Fjernbane are being equipped with ERTMS level 2.

The suburban S-line connects the  capital of Copenhagen with its surroundings. The S-line’s new signalling system is based on so-called Communication Based Train Control (CBTC) and will in the long run create a more stable train operation and provide more trains on time. The system is the latest generation of signaling systems for urban railways and is already in operation in several places in the world, such as in London and New York.

On 15 November 2017, the infrastructure manager presented a new roll-out plan for the signalling system. The system is a known and tested technology, but it must be adapted to Danish conditions.

The technology in the new signal system means, among other things, that the traditional signals along the track disappear. The driver, on the other hand, receives the signal directly on a screen in the cab of the train via radio signals. In addition, the new technology means that there will be far less equipment in and around the tracks than there is today.

When the new signaling program is taken into use on the Ring Line and Farum Line in January, there will therefore be a run-in period of three months, which means there will be minor changes in the timetable during the day on weekdays.

During this period, the Ring Line will run around every 6 minutes, as opposed to every 5 minutes today. At Farumbanen, there will be half as many stops at the stations Skovbrynet and Dyssegård. The changes to the timetable will last until April 25 and will take place to ensure the best possible punctuality during the run-in period. In the evenings and on weekends there are no changes compared to the normal timetable.

While the S-line will be upgraded to CBTC, the long-distance trains are being equipped with European safety system ERTMS. Currently, there are three railway routes in Denmark equipped with ERTMS. The most recent one went into operation in April, namely the Thy Line (Thybanen), a 73.6-kilometre non-electrified route that runs from Thisted and Struer.

In 2008, Banedanmark announced a programme for total replacement, aiming for the conversion of the signalling system across the entire national network to ETCS Level 2. This was mainly a must, given the state of obsolescence of parts of the network. The Danish government approved 3.3 billion euros of funding over several years for the project, until 2021. This means that Denmark was the first European country to attempt a complete conversion of a national network to ETCS Level 2.