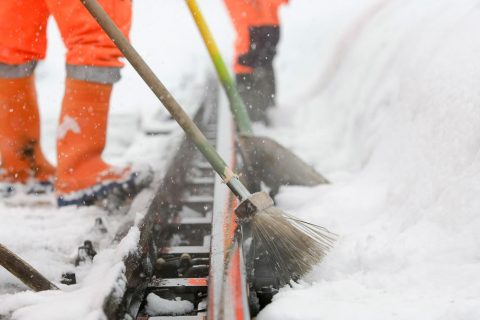 According to ÖBB, the recent storm has damaged the route by creating mudslides which probably occurred on Sunday afternoon. This initiated to close train operations on the Tauern, Drautal and Brenner routes. Although, ÖBB was warned that the forecast would be 100-200 litres of rain per square meter these mudslides were difficult to avert.

The existing bus services between Bischofshofen and Villach will still be in operation. Due to continuous rainfall, the Drautal route from Lienz to San Candido/Innichen will remain closed until Thursday midnight. Rail replacements services will be set up as long as the snowfall allows.

The Brenner route on the Austrian side has been reopened for local traffic since yesterday afternoon at 2:30. Long-distance trains coming from the north of Austrian will turn in Innsbruck with the South Tyrolean side still remaining closed today. Furthermore, the route between Bolzano and Innsbruck will have a rail replacement service with buses. Also mentioned is rail freight traffic which has been diverted on a large scale.

ÖBB has assured passengers that the weather conditions will be monitored and the timetable will correspond in accordance with the weather updates. Additionally, people with restricted mobility have been asked to contact customer service before they proceed with journeys.