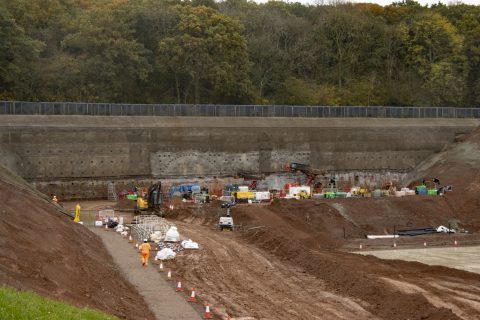 The project organisation of the high speed project HS2 has revealed the first few images of the construction site in Warwickshire, England. This part of the project is considered one of the largest and it is now being prepared to launch a tunnel boring machine. The TBM is operated to dig a 1-mile twin-bore tunnel under Long Itchington Wood. This route is planned to head North and into Curson Street station, Birmingham.

“The Long Itchington Wood Tunnel north portal site is a key site on the Midlands section of the HS2 route, and it’s great to see work progressing well in preparation for the arrival of the tunnel boring machine next year,” says David Bennett, HS2’s Delivery Director. “The tunnel in this location goes under Long Itchington Wood specifically to preserve a section of ancient woodland. This forms a key element in how we are managing environmental impacts through the design of the railway.” 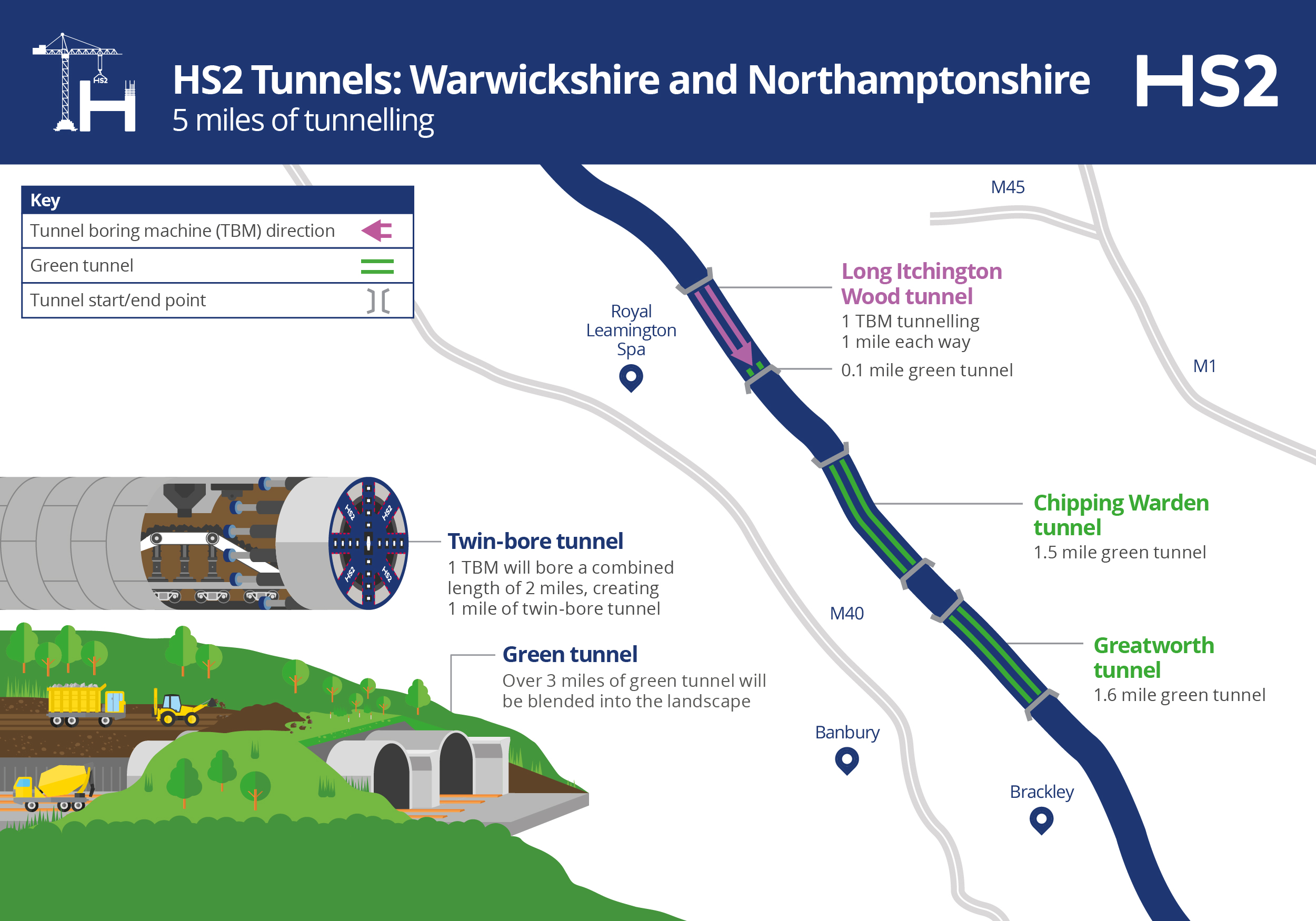 As the site is 1 kilometre squared, deep excavation is required. 250,000 cubic meters of materials are currently being uncovered in layers, which will later be transported and deposited locally to form environmental embankments for the mainline. The 2,000 tonne TBM manufactured by Heerknecht in Germany will be delivered onsite in early 2021 and will be launched in the summer of 2021. Boring of the tunnel will be completed medio 2022 and will be 9 to 10 metres in diameter.

Balfour Beatty Group and VINCI Construction Joint venture will be building two tunnels expanding on the route. Included on the route will be 100 bridges, 35 viaducts, 36 cuttings and 70 bridge structures on this part of the route. It will take five months for the TBM to complete the first bore located in the South Portal reception box. Once completed, the TBM will be transported to the North Portal to start on the second-bore.

Phase one will have ten tunnel boring machines which will work 24 hours a day, 7 days a week. Each TBM weighs up to 2,200 tonnes, with a length of 160 meters and drive up to 15 meters per day to bore and line tunnels. “Critical to the successful delivery of Europe’s largest infrastructure project – HS2, the 2,000-tonne tunnel boring machine will set off on its journey from the portal next Summer, travelling from North to South to create the twin-bore Long Itchington Wood Tunnel,” explains Michael Dyke, Managing Director of Balfour Beatty VINCI. 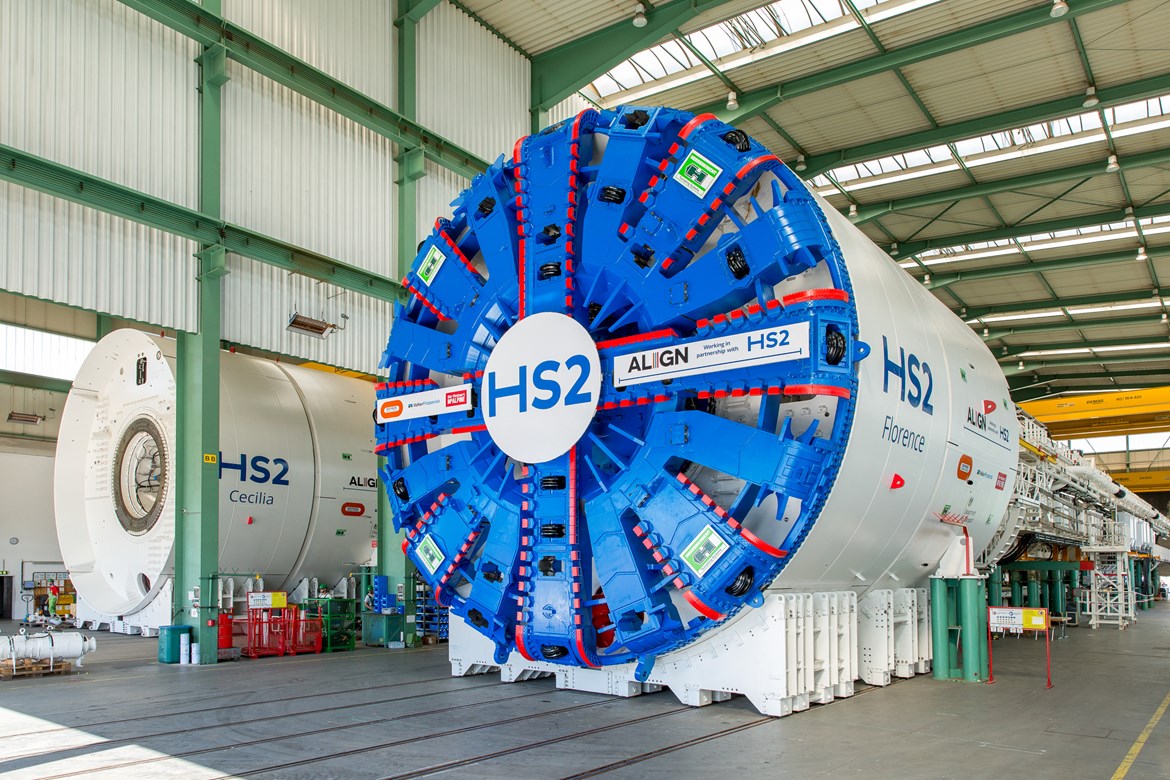