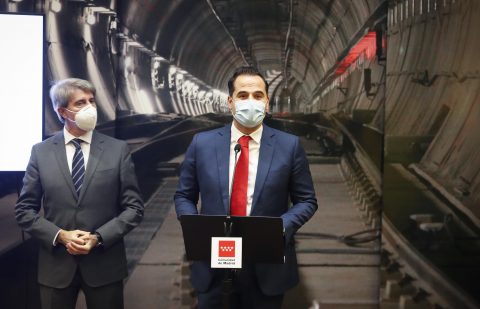 Madrid Metro network has presented its plans to transform line 11 to a diagonal line in Madrid’s underground. This mobility axis will cover a 33.5-kilometre distance and will cross the city from southwest to the northeast, linking Cuatro Vientos with the new developments at Valdebebas.

This line will link eleven of the twelve Metro lines, except Metrosur, the 12th line. Furthermore, this creates a link for seven of Madrid’s transport interchanges and 20 metro stations. The part of the project is part of the initiative submitted to the EU Recovery Fund. Isabel Diaz Ayuso, President of the Community of Madrid, has set commitments to transform mobility as more sustainable and innovative to promote social and territorial cohesion.

The plans for Madrid’s first diagonal line was presented as a “major Metro cohesion plan” by Ignacio Aguado, Vice-President of the Community of Madrid, and Ángel Garrido, Regional Minister of Transport, Mobility and Infrastructure. “The Diagonal constituted by line 11 will contribute to further structuring the Metro de Madrid network,” explains the Vice-President. “As it is an ambitious project it will enable Madrid residents to move around the region and feel proud of the public transport we have.” 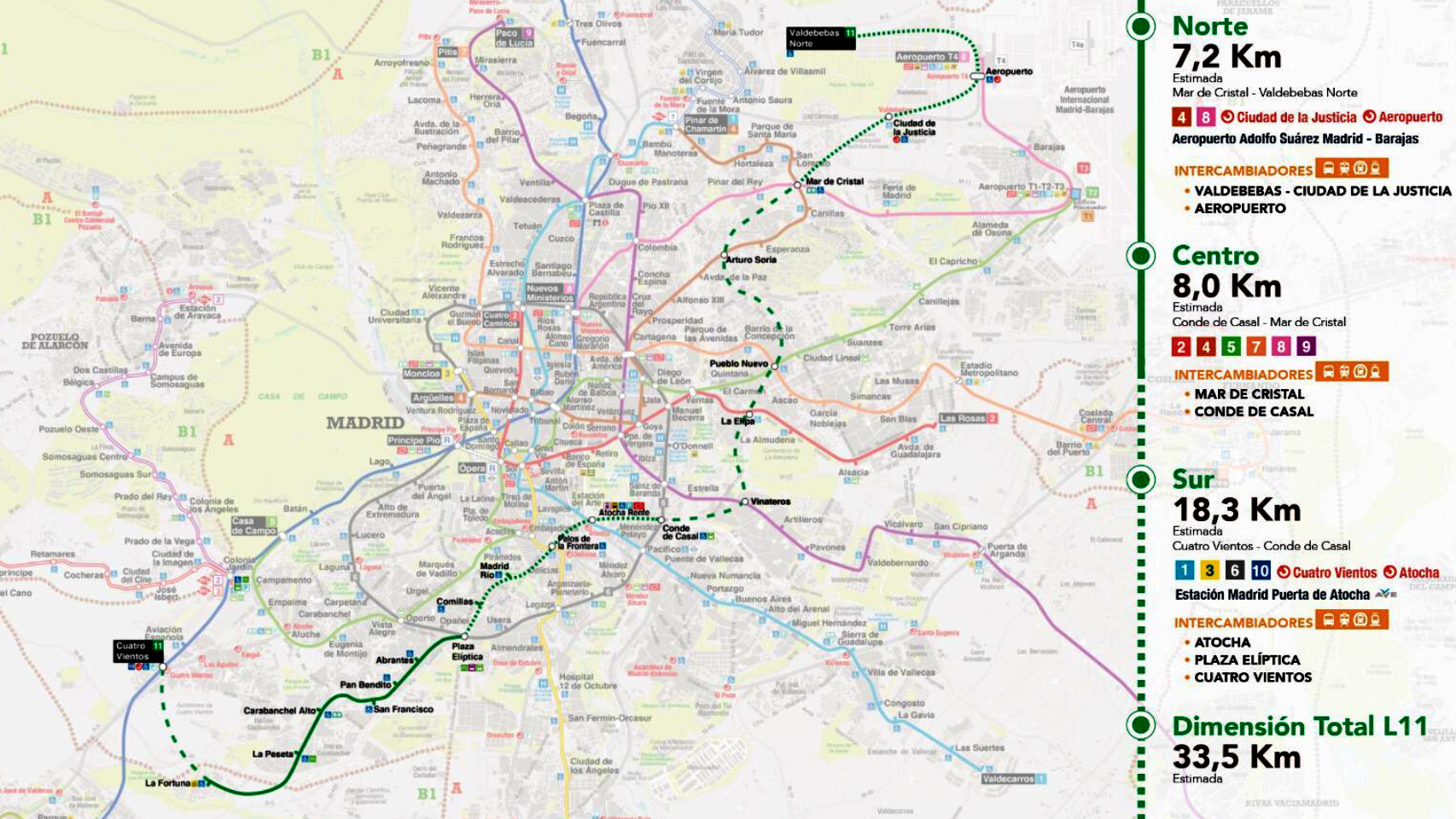 The project for the new Diagonal Line will be carried out in phases and will combine the current extensions set in plans for Line 11. This will go from Plaza Eliptica to the future of Conde de Casal interchange and the extension of the Metro to the new developments in Valdebebas. The line will extend and link the southern, central and northern sections with a distance of 33.5 kilometres.

The Diagonal of Madrid will reconfigure its current centralized mobility in the city to avoid having too many cross central areas and improve connections between districts. It will create more direct alternatives with a lower number of transfers. Additionally, it will relieve the heavy use of other lines, boost intermodality, and create a faster connection between the Atocha high-speed terminal and Madrid Airport.

“Madrid’s new Diagonal will be the line with the greatest potential in the entire Metro network with its cross-sectional configuration making it the most attractive.” emphasizes the Regional Minister of Transport. “It also has been consistent with the evolution of the Metro network, responding to the needs of the people of Madrid by reducing travel time, minimizing transfers, relieving other lines and, in short, promoting public transport.”

Metro de Madrid made a video (in Spanish) about the extension plans of line 11: