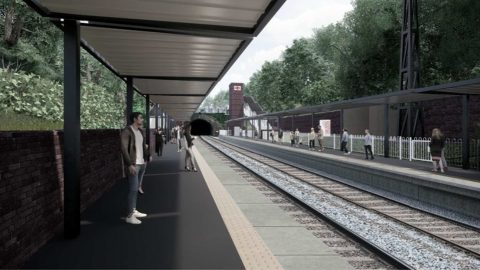 Birmingham, the UK’s second-largest city, is getting closer towards resuming passengers to the Champ Hill railway. Its three new stations will be opened for the commuters from the southern suburbs of the city. This measure will allow Birmingham’s authorities to reduce traffic congestion on the city roads as well as to improve connectivity between the centre and the outskirts.

Three stations will be constructed from the ground. Two stations, Kings Heath and Hazelwell, have already granted permissions from the planning committee of Birmingham City Council. Now, it is the turn for the third station that will be located at Moseley. Last week, the council’s planning committee has submitted the relevant documentation for the construction Moseley railway station.

The approval process includes significant consultation with residents and engineers. “The new station at Moseley will provide residents with easier and faster connections to Birmingham City Centre and the wider West Midlands, and will offer people a real alternative to the car – something that is critical as we look to tackle our region’s climate emergency,” the Mayor of the West Midlands Andy Street noted.

The Camp Hill Line was constructed in 1841. It had seven stations and served both passenger and freight trains. A century later, all the stations on the route were closed and demolished as a result of a wartime economy measure. The train traffic was limited to freight and non-stop passenger connections. In the 2000s the idea to resume local passenger trains to the line has appeared. Birmingham City Council even carried out a feasibility study to reopen three mentioned stations. However, the project was put on the shelf in 2013.

In recent years, the idea has been revived. “Re-opening the Camp Hill line to passenger services is also a crucial part of the Rail Hub, bringing in commuters from places like Moseley and Kings Heath, which are currently only accessible by road,” the Midlands Connect partnership stated in its report two years ago. In 2019 the UK government allocated 15 million British pounds (million euros) for funding the project. In March of the current year, the train operating company West Midlands Railway (WMR) tested the Camp Hill railway stopping at the locations where three new stations will be built. If the construction starts this year, the Moseley, Kings Heath and Hazelwell stations will be opened by 2022. 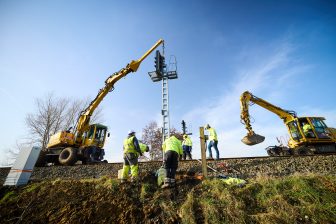