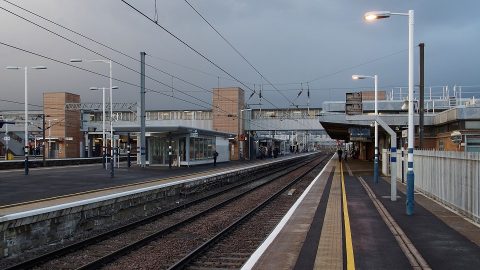 Britain’s infrastructure manager Network Rail has started the East Coast Digital Programme. It is devoted to the digital transformation of signalling equipment on the East Coast Main Line, a key railway artery in the United Kingdom. To this end, Siemens Mobility and Atkins were chosen by Network Rail as suppliers of in-cab signalling on the southern section of the route.

Both companies will replace the outdated signalling that dates back to the 1970s with the digital European Train Control System (ETCS) Level 2. The latter will be deployed on the section between the stations of London King’s Cross and Peterborough as well as in on 300 passenger and freight trains running on the stretch. German technology company Siemens Mobility will play the roles of train control partner (TCP) and traffic management partner (TMP) in the project. At the same time, British engineering company Atkins, a subsidiary of Canada’s SNC-Lavalin Group, will be a rail systems integration partner (RSIP).

According to the frameworks, Siemens Mobility as train control partner will deliver a high-performance train control infrastructure based on the ETCS. It will design, install and maintain the system together with associated infrastructure for the lifetime of the assets. The German will also the new technology with other existing or proposed solutions. This part of the project is valued at 900 million British pounds (around 999 million euros).

Another role of Siemens Mobility is to be a traffic management partner. In this regard, the German supplier will develop traffic management on the East Coast Main Line and the TransPennine route (it links the major cities of Northern England and Scotland). These works are estimated at 180 million pounds (about 200 million euros).

Meanwhile, Atkins will be responsible for managing the integration activities and establishing a collaborative relationship with the route, its technology partners (TCP and TMP) and stakeholders including government, passengers, freight operators and train owners. It will also provide governance and assurance to the programme. The share of the RSIP partner is 55 million pounds (over 61 million euros).

The East Coast Digital Programme (ECDP) is a cross-industry initiative that will help transform the performance of the East Coast Main Line, one of the busiest and most important economic routes in the UK. A third of the population lives within 20 minutes’ reach of an ECML station, and together produce 41 per cent of the total UK’s GDP. The railway connects London to Edinburgh via Peterborough, Doncaster, York, Darlington, Durham and Newcastle. It serves more than 80 million passenger journeys, and tens of millions of freight tonnes every year.