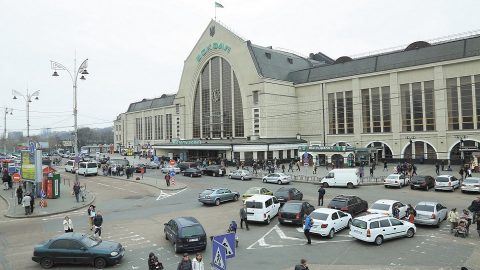 Ukrainian Railway (UZ) intends to launch the public-private partnerships for reconstruction of seven major train stations. It will lease the station buildings to private companies. The project is arranged with the technical assistance of the Global Infrastructure Facility, International Finance Corporation and World Bank.

The offer list to the private investors includes the buildings of the following railway stations: Kyiv-Passenger, Kharkiv-Passenger, Khmelnytsky, Vinnytsia, Dnipro-Central, Mykolaiv and Chop. Ukrainian Railway plans to lease these facilities for a 20-year period. A tenant will be committed to investing in the modernisation of the station buildings. At the same time, it will be to generate income by attracting other businesses to train stations as the airports do around the world. The area of the mentioned facilities varies from 2,410 square metres at Kharkiv station to 407,000 square kilometres at Kyiv-Passenger station.

It is worth to add that Ukrainian Railway also declared its intention to incorporate a dedicated subsidiary to operate its stations. The same practice has been applied by Deutsche Bahn AG. It has DB Station & Service, a special company for operating and maintaining 5,400 stations and 800 station buildings across Germany. UZ should have established the station subsidiary by the end of 2019 but the term has been postponed for a later time.

There are 1,196 train stations and 2,292 stops in Ukraine. Only 106 stations are assigned to the three highest categories of service, the remaining sites belong to the 4th and 5th classes that offer less comfort and options for passengers. In 2019 Ukrainian Railway carried around 150 million passengers. The top five stations in terms of passenger traffic are Kyiv-Passenger (around 23 million), Lviv (7.8 million), Kharkiv (5.7 million), Odesa-Central (5.3 million) and Dnipro-Central (3.2 million).