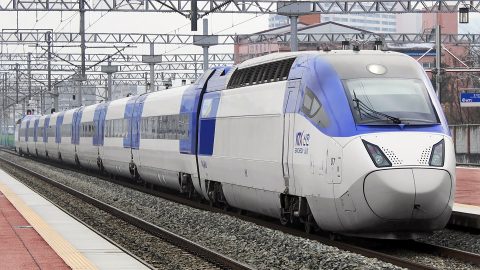 Ricardo, the UK-based engineering company, will participate in the Great Train eXpress (GTX) project in the Seoul Capital Area. Its South Korean team will provide system engineering support during construction of Line A of this important high-speed commuter network. The first route of GTX railway will be open in 2024.

Ricardo will perform a wide range of tasks. It will support the project with system engineering for oversight of integration management and Independent Safety Assessment (ISA) services for ensuring the infrastructure (track and civil engineering) and rolling stock systems (vehicles, communications, signalling) as well as will provide an expert support on RAMS (reliability, availability, maintainability and safety), noise and vibration, electromagnetic compatibility, interface management. The company will also evaluate engineering and maintenance system safety against relevant international standards, including IEC 62278/62279/62425.

“Our experts will put in place the exemplary management procedures that will help support this major investment in Seoul’s transport infrastructure. With the technical knowledge and assurance processes we have developed in the UK and elsewhere readily available to our team in Seoul, we can help anticipate the engineering challenges ahead for Line A and be ready to support plans for its interfaces with Lines B and C,” said Seok-Kyun Shin, business manager for Ricardo Rail Korea.

The Great Train eXpress (GTX) network will provide the higher-speed rail service between Seoul and its surroundings. It will include three routes named with capital letters A, B, C. Line A will run from Unjeong in the northern part of Seoul’s commuter region through to Dongtan in Gyeonggi Province in the south of the city. With just ten stops along its planned route, including the city’s main Seoul Station interchange, the line will operate at speeds of up to 180 kilometres per hour, allowing end-to-end journey times of just over 40 minutes, more than halving those of the current metro services. The first route will be entered service in 2024. Meanwhile, two other lines, B and C, with a total length of 130 kilometres will be added to the network by 2027.

Ricardo has been appointed for the project examination by SG Rail Ltd, the Special Purpose Company that will finance, design and build Line A of the GTX railway. The UK’s company has the experience on London’s Crossrail, the British project with many similar features as the first deep tunnel to cross the city of Seoul. Ricardo has supported the mentioned railway which is under construction as the appointed Notified Body since 2012.