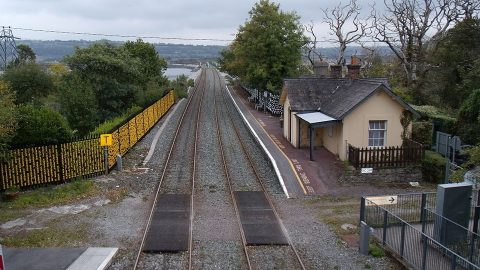 The Government of Ireland will invest 1 billion euros in the development of the country’s rail infrastructure. It is planned to replace tracks, improve signalling and safety on rails. This amount will be allocated within the five-year programme.

The investment will be provided via the Infrastructure Manager Multi-Annual Contract (IMMAC) scheduled for the period 2020 to 2024. This funding is 40 per cent more than the previous investment programme. Ireland’s Minister for Transport, Tourism and Sport Shane Ross expects that the new investment plan will benefit passengers across the country’s rail network by increasing service reliability and punctuality, improving travel time of the trains and ensuring the safety of rail services.

“This is a significant step forward in terms of funding the rail network. The Exchequer funding that is committed over the next five years represents an almost 40 per cent increase on the level of funding provided between 2014 and 2018. This level of investment means that the rail network is now being funded at the ‘steady state’ level required to ensure optimal maintenance, renewal and improvement of our rail infrastructure,” the minister said.

This summer Ireland’s Government has decided to establish a new National Train Control Centre by 2024. Earlier, the Irish national rail operator Iarnród Éireann has announced its plans for replacing the old rolling stock in the Greater Dublin Area. Both projects are funded separately. The declared 1-billion-euro investment within IMMAC programme is aimed for the maintenance, renewal and improvement of the rail network and is based on EU and Irish legislative requirements. IMMAC also includes a performance monitoring system. According to it, the performance figures of Iarnród Éireann are monitored, reviewed and reported by the independent body – the Commission for Rail Regulation.