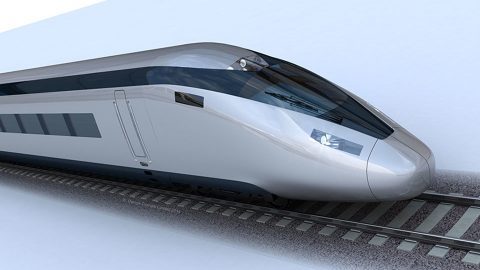 Should British HS2 be constructed despite increasing costs?

The long-pending UK’s High Speed 2 (HS2) project has got a new vague hope. Instead of the recommendations to close the project, a leaked government-commissioned draft report advises constructing the planned railway even the actual price will be higher. This high-speed line will improve the railway connection between London and the North of England.

“The leaked document recommends that the government commit to the full high-speed rail network,” The Times reported with a reference to the so-called Oakervee report. The latter was named after Douglas Oakervee who was appointed by the UK Government this August to review the project. Besides this recommendation, the document suggests that the actual price at 88 billion pounds is not realistic and should be revised.

The draft report of Douglas Oakervee rejects the idea of reducing the HS2’s eastern leg between Birmingham and Leeds which was discussed earlier. As a possible solution for money savings, the leaked draft report proposes to downgrade the number of trains per hour from 18 to 14. The document suggests that the costs could be also reduced up to 4 billion pounds via involving the private developers in the construction of new stations, offices, etc. At the same time, the draft report does not provide the exact information about the train speed on the planned line – 402 or 362 kilometres per hour.

Initially, the report of Mr Oakervee was scheduled to publish until after the UK general election to be held in December. However, the document was unveiled by the media. The Department for Transport commented to the Financial Times that the report has not been finalised. “No copy of this has been provided to the department. He will deliver it to the new government, and any views ahead of that are speculation,” the unknown official from the Department said to the title. At the same time, Douglas Oakervee has demanded to remove his name from the report, as The Guardian reports.

HS2 is the biggest and most controversial infrastructure project in Europe. It should connect London with Birmingham, Manchester and Leeds. The construction works were scheduled to start in 2026. However, the project was postponed for at least for five years due to the government-commissioned review. According to the leaked report, circa 9 billion pounds have been already spent on the project. Only 3 billion pounds of this amount could be recovered if the project is cancelled.

Nevertheless, Henri Murison, director of the Northern Powerhouse Partnership, considers that HS2 should be implemented. “The Northern Powerhouse independent review on HS2 said that there were no identified credible alternatives to HS2 in order to deliver the same capacity and that it has the potential to unlock greater growth in [the] North and Midlands,” he said.