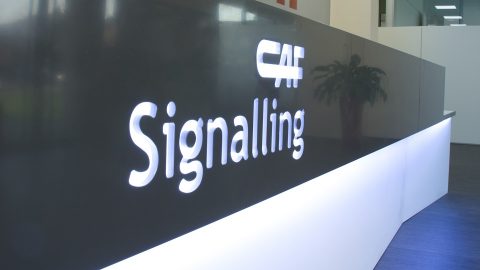 Spanish technology company CAF Signalling, a subsidiary of CAF Group, has signed a new contract in Latin America. It will supply the signalling systems for the planned Central Railway in Uruguay. The deal costs 50 million euros.

The contract for the delivery of the signalling systems for the Central Railway project (also known as Ferrocarril Central) was signed between two consortia. The first one is the Construction Consortium Ferrocarril Central that consists of Sacyr Construcción Uruguay, Compañía Sudamericana de Empresas Eléctricas y Mecánicas y de Obras Públicas, Nge Contracting and Berkes Construcción y Montajes. It performs the construction works.

The second consortium was formed by CAF Signalling and Revenga Smart Solutions. The latter will design, produce, install, test and commission of all the communication and signalling systems for the Central Railway project. According to the agreement, the centralised Traffic Control system and the ERTMS L1 system will be also installed on the route. CAF Signalling will receive 30 million euros while its local partner – a little bit less, 20 million euros.

The Central Railway project is an important milestone for the Uruguayan railway network. After its complete, the new line will be a huge stimulus in developing the country’s rail infrastructure and logistics service. The 276-kilometre route will connect the city of Paso de los Toros, in the centre of the country, to the Port of Montevideo. Paso de los Toros is also known as the location of the planned manufacturing facility of the Finnish paper producer UPM.

Most of the route will be dedicated to rail freight traffic except the 36-kilometre section. The latter will serve the mixed traffic: both freight trains and commuter services of Montevideo Metropolitan Area. The Construction Consortium Ferrocarril Central started the construction works in May of this year. They will be completed in 33 months.