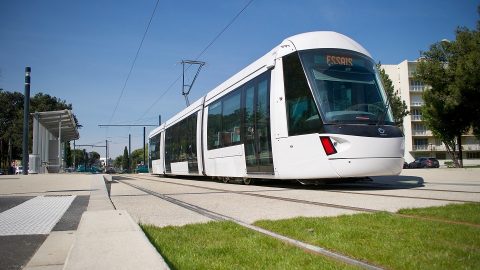 After an 87-year break, trams have returned to streets of Avignon. The new tram line was launched in the city. By 2023, the second route will be inaugurated. Avignon has become the 29th city in France to operate the tram network.

The official opening ceremony of the Avignon tram network took place on Saturday, 19 October. During the first day, the service was free of charge. Currently, the Avignon tram network consists of only one 5.2-kilometre line with 10 stops. The travel time between the termini is 15 minutes. Another route will be entered service by 2023. It will have a length of 3.2 kilometres, seven stops and a journey time of 9 minutes. The tram network of Avignon is operated by the local public transport company Orizo.

To run on the Avignon system, Alstom has supplied 10 Citadis X05 trams. Four other vehicles will be delivered to the city in the coming years for operations on the second route. All the trams are low-floor, three-section and bidirectional, they have a length of 24 metres, four double doors on each side and capacity for carrying 140 passengers. For better and comfortable travel, the manufacturer has equipped the vehicles with large bay windows covering 40 per cent of the tram, LEDs with diffusers for soft, homogenous lighting, a state-of-the-art information system, large seats, air conditioning, and a video surveillance system. Avignon is the first city where Citadis X05 tram was inaugurated in its short version.

The light rail vehicles for Avignon are producing at Alstom’s facility in La Rochelle. Besides it, six other locations are also involved in the manufacturing process. Thus, the company’s site in Ornans delivers the engines, in Le Creusot – the bogies, in Tarbes – the traction drive equipment, in Valenciennes – the control system and interior layout, in Saint-Ouen – the design and infrastructure activities and the facility in Villeurbanne supplies the on-board electronic systems.