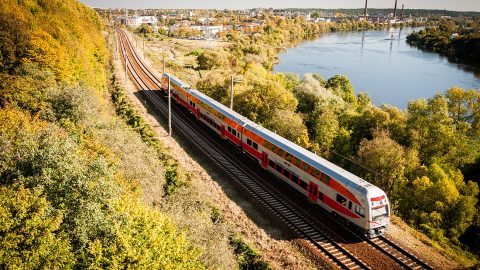 Lithuanian Railways (Lietuvos geležinkeliai) will upgrade 14 major level crossings. The state-owned railway company will also invest 10 million Euros in the next five years to increase the safety at the level crossings. The project will be completed by the end of 2021.

14 sites for the modernisation have been chosen after a multi-criteria analysis of all 526 level crossings in Lithuania. They are located on the country’s two main railway corridors: Vilnius – Kaišiadorys – Šiauliai – Klaipėda and Kaišiadorys – Kaunas – Kybartai. The upgrading works include the installation of the boom barriers and video cameras, the retrofitting of the traffic management and signalling systems. These 14 level crossings will be completely adapted to the safety standard UIC 762 approved by the International Union of Railways (UIC).

“Consistently pursuing an ambitious goal to reduce rail accident fatalities to zero, we focus on traffic and work safety, implement the complex measures to improve the education and infrastructure as well as provide other modern decisions,” said Karolis Sankovski, Deputy Director-General of Lithuanian Railways and Head of the company’s Railway Infrastructure Directorate. According to him, the increase of rail safety at the level crossings will allow Lithuanian Railways to save around 150,000 Euros a year on the maintenance of these facilities.

Over the past three years, the Lithuanian Police has recorded more than 650 violations of the traffic rules at the country’s level crossings. Only for the first five months of this year there were identified 121 such violations. Most of them are dealt with the ignoring of the ‘Stop’ sign or traffic lights. Sometimes, the policemen recorded the attempts of the car drivers to go via the level crossing when a boom barrier started to low down. In terms of casualties, there were 14 train collisions with cars that caused the injury of five people. From January to May of this year, three collisions with no injuries were recorded. To reduce the number of rail accidents, the Lithuanian Police provides the outreach campaigns together with Lithuanian Railways. The latter took place in June.