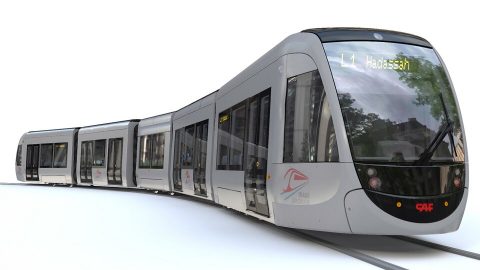 The TransJerusalem J-Net consortium consisting of the CAF Group and the Israeli construction firm Shapir will extend the Jerusalem Light Rail network. Shapir will perform the civil works to extend the current Red Line and construct the tracks for the future Green Line. CAF will equip the extensions with the signalling systems and supply 114 Urbos trams. The entire project costs more than 1.8 billion Euros.

The contractors have been selected by the transport authority Jerusalem Transportation Masterplan Team (JTMT). The construction works to be performed by Shapir encompassed several tasks: the erection of the 6.8-kilometre extension of the existing Red Line and the new 20.6-kilometre Green Line as well as 53 new stations and various depots.

The CAF’s share in the project includes the design and supply of 114 new Urbos trams for the new Green Line and the upgrading of 46 units running on the existing Red Line. The Spanish group will also install the signalling, power and communication systems on the extensions. Moreover, it will own a stake of 50 per cent in the SPV company that will manage the operation and maintenance of both lines. The extension project should be completed by 2025.

The Jerusalem Light Rail network was launched in 2011. It consists of the 13.8-kilometre Red Line with 23 stations. This route connects the northern and southwest neighbourhoods of Jerusalem. The network is operated by the CityPass consortium: Harel (20 per cent), Polar Investments (17.5 per cent), the Israel Infrastructure Fund (10 per cent), Ashtrom (27.5 per cent), Alstom (20 per cent) and Connex (5 per cent). To serve the Jerusalem Light Rail, Alstom supplied 46 Citadis 302 five-section trams. The light rail system has a daily ridership of more than 145,000 passengers.