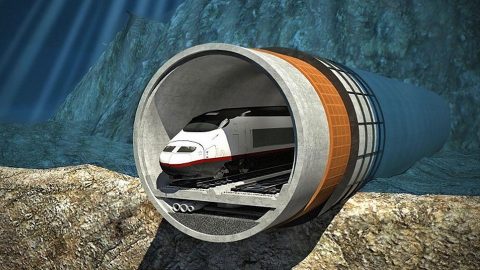 Chinese companies will construct tunnel between Finland and Estonia

The memorandum was concluded on 12 July. “The partner companies are the largest in the world in their own fields of expertise,” co-founder of Finest Bay Development company Peter Vesterbacka said to Reuters. It is the second document signed with the Chinese partners. On March Finest Bay Area Development company reached an agreement with Touchstone Capital Partners on funding the project. The Chinese company will allocate 15 billion Euros for the construction of the tunnel, four stations and the purchase of rolling stock for the future route. In return of the investments, Touchstone Capital Partners will receive a minority stake in the planned tunnel. 10 of 15 billion Euros will be allocated as a loan.

The Helsinki-Tallinn tunnel, also called as the Talsinki tunnel, will improve the connection between two cities and countries. The travel time will be reduced from 2 hours to 30 minutes. The planned tunnel will be served by the high-speed trains. It will also offer a shuttle service to transport cars, similar to the Eurotunnel shuttle trains. Currently, the travel between is available only by ferry or plane. The first mode of transport is the most popular. Last year, the ferries carried 9 million passengers between Tallinn and Helsinki while the planes transported only 0.3 million passengers. The construction of the Talsinki tunnel will increase the passenger traffic between the cities up to 23 million people.

The Talsinki tunnel will provide a railway connection of Finland with the rest of the European Union vi Rail Baltica. The line with 1,435-millimetre gauge will be open by 2026. It will link the Baltic states with Poland and Germany as well as the other European countries by the same gauge. With the help of the planned tunnel, Finland will receive a new opportunity. Therefore, the country has already joined the Rail Baltica project.

There’s a number of interesting governance issues here.
This is a private initiative without government involvement. It’s not in Angry Birds remit to issue a license to build but that of the sovereign states of Finland and Estonia.
Then we have EU tendering rules, so are Chinese construction companies going to build the tunnel without a tender?
Finally it’s not as if the EU or these states are strapped for cash. There’s trillions in European pension funds looking for investment opportunities.