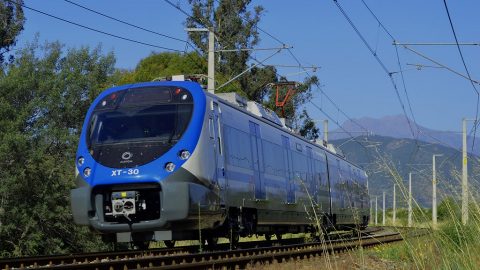 The Government of Chile has declared a massive investment plan for 20 billion US Dollars (17.7 billion Euros) to improve the country’s infrastructure. Inter alia, it includes the modernisation or construction of several railways to provide better commuter service, especially in the Santiago capital area. The South American state also intends to construct its first high-speed railway that will connect Santiago and Valparaiso.

President of Chile Sebastián Piñera has declared that a new investment plan will be a great stimulus for the development of the country’s economy. He noted that several rail projects should be financed and implemented. Among them are the construction of four new lines (7, 8, 9 and 10) of Santiago Metro, the extension of four existing ones (2, 3, 4 and 6) and the construction of the rail link between Santiago International Airport and the city centre. The rail renovative projects include the development the intercity routes from Santiago to Valparaiso and Melipilla as well as the extension of Valparaiso Metro to the city of La Calera.

The Santiago – Valparaiso is supposed to be the first high-speed rail in Chile with a maximum speed of 200 kilometres per hour. The line will have a branch to San Antonio for freight service. This project is estimated at 2.4 billion US Dollars (2.1 billion Euros). The price includes the supply of 12 trains to serve the route. Ministry of Transport and Telecommunications estimates that the construction works will start in 2020 and will be completed in four-five years. Currently, there are two probable candidates to construct the line: the TVS consortium (China Railway Group, the Chilean companies of Sigdo Koppers and Latinoamérica Infraestructura) and the second group of FCC, Agusa and Talgo.

The Chilean rail sector has survived a deep crisis in the 1970s and 1980s during the rule of Augusto Pinochet. Most of the passenger routes were closed and the rail infrastructure has been maintaining badly. The revival of the rail industry in Chile began in the 1990s. The country’s national railway company Ferrocarriles del Estado (EFE) started to restore some passenger links. Currently, Chile has a patchwork of several commuter lines instead of one network. The main commuter services are provided in the Santiago Metropolitan Region and Valparaiso Region. TerraSur, the only intercity train in Chile, runs between Santiago and Chillán.