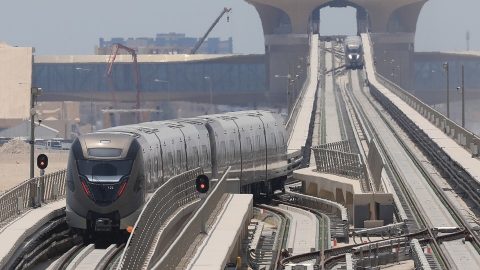 Qatar Railways Company (Qatar Rail) has launched Doha Metro one year ahead of schedule. The 13-station section of the Red Line was opened for a preview service in order to provide testings and receive the customer feedback. The entire Red Line of 18 stations is scheduled to be launched in 2020 together with two other routes.

Doha Metro was launched for public service on 8 May. The opened section of the Red Line includes the stations between Al Qassar in the north of the city and Al Wakra in the south. The metro system is accessible for passengers from 8.00 to 23.00 on weekdays (from Sundays to Thursdays). The trains run every six minutes. 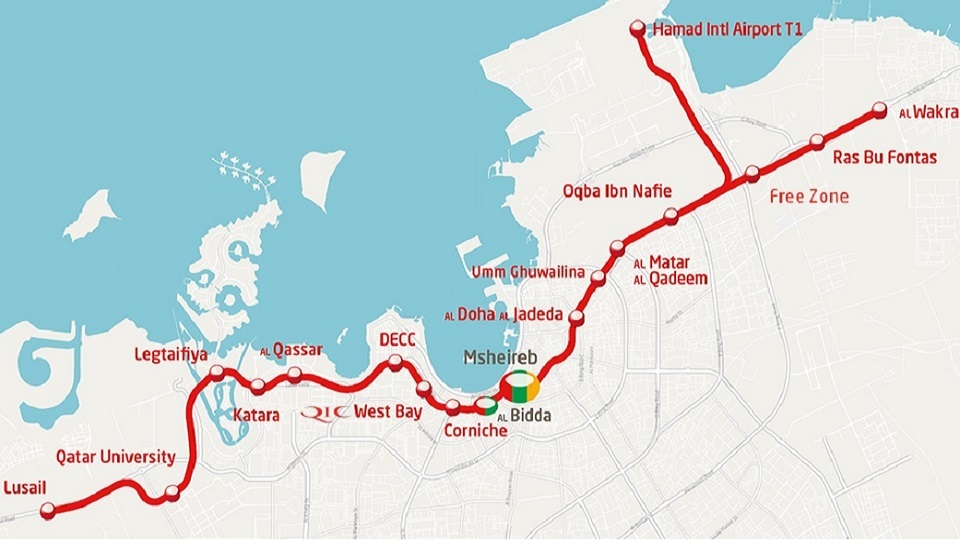 Red Line of Doha Metro, source: Ministry of Transport and Communications of Qatar.

The trainsets running in Doha Metro consist of three cars with different classes. One wagon is for Gold (16 seats) and Family Class (26 seats), and two wagons are for Standard class (88 seats). Temporary tickets can be acquired from the ticket machines installed at the stations. Standard cards are sold by the licensed retailers including Al Meera, Lulu Hypermarket, Carrefour Hypermarket, and Jumbo Electronics. The Gold Class card can be purchased at the Gold Club offices, available at all Doha Metro stations.

Doha Metro is a driverless rapid transit system. Its construction started in 2013. The system will include three lines (Red, Green and Gold) with a total length of around 164 kilometres and 37 stations. The Red Line will also have a 40-kilometre branch to Hamad International Airport. All three routes are scheduled to be opened in 2020. The further extension includes the launch of new stations and the construction of the fourth line.