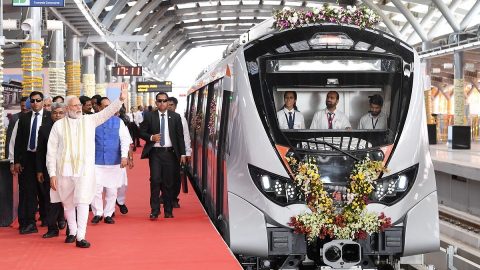 Prime Minister of India Narendra Modi has inaugurated the Ahmedabad Metro in the state of Gujarat on 4 March. The official tested personally the first 6.5-kilometre section of the rail rapid transit system. The metro line will be opened for the public service on 6 March.

“4th March 2019 – a historic day for the wonderful people of Ahmedabad. Phase-1 of the Ahmedabad Metro is going to be inaugurated. This project will further ‘Ease of Living’ for the people of Ahmedabad,” Narendra Modi said. The metro trains will run between the stations of Apparel Park and Vastral Gam without stops until 16 March. During this period, the rail rapid transit system will be free of charge. Afterwards, the price of a ticket will depend on the distance. The travel on the Apparel Park – Vastral Gam section will cost 21 Indian Rupees (around 0.3 Euro). 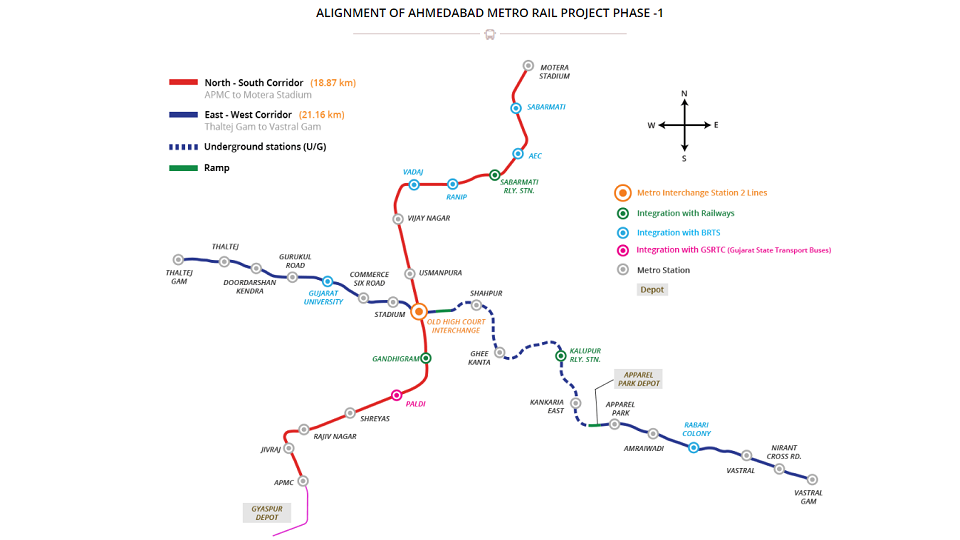 The opened 6.5-kilometre section of the Phase-1 includes six stations. The entire Phase-1 includes the construction of two lines (East West and North South) with 32 stations. A total length of the project stage is 40 kilometres: 33.5 kilometres will be elevated tracks and the remaining 6.5 kilometres will be placed in the underground tunnel between the Apparel Park and Stadium stations. The construction of the Phase-1 costs 107.33 billion Indian Rupees (more than 1.34 billion Euros) and should be completed by December 2020.

During the opening ceremony, the Indian Prime Minister has also laid the foundation stone for the Phase-2 of the Ahmedabad Metro. It includes the construction of the North South Line from Motero station to Gandhinagar, capital of Gujarat in 23 kilometres north from Ahmedabad. The 28.3-kilometre line will be completely elevated and will have 20 stations. The implementation of this stage is estimated at 67.58 billion Indian Rupees (circa 0.85 billion Euros).