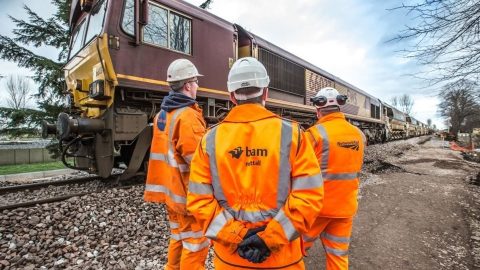 BAM Nuttall, the UK subsidiary of the Royal BAM Group, was awarded by the country’s railway infrastructure manager Network Rail with a new five-year contract. The deal worth 320 million Pounds (364 million Euros) covers a wide range of renewal and enhancement works. The contractor will provide services on the railway network of Scotland and North East England.

The new deal is the second one obtained by BAM Nuttall recently. On 20 December, the company has won a huge contract for renewal works on the tracks of South East England. The deal is also functional for a five-year control period from 2019 till 2024. This contract costs 7 billion Pounds (around 8 billion Euros).