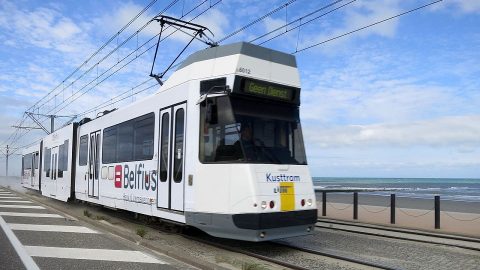 The government of Belgium’s Flemish region will provide 295 million Euros to public transport operator De Lijn for upgrading its tramway infrastructure. This record amount will be allocated to the government-owned company in a five-year period – from 2019 to 2023.

The investments are dedicated to three tramway systems – the Coast tram (143 kilometres), as well as networks in Antwerp (126 kilometres) and Ghent (62 kilometres). Their total length is 331 kilometres. Therefore, the Flemish government will invest around 0.9 million Euros per track kilometre. The investments will be allocated to different projects on all systems. Thus, the 11-kilometre section will be upgraded with the concrete pavement on the Coast tram line. In Antwerp, the modernisation works include installation of new traction stations and overhead lines. In Ghent, the old wooden sleepers on the 4-kilometre section will be replaced.