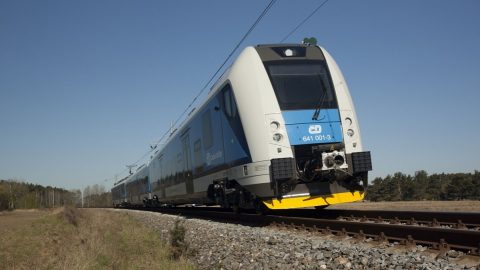 Czech railway infrastructure manager SŽDC is to launch new procurement proceedings for the modernisation of the Prague-Kladno railway, including a connection to Václav Havel Airport Prague, the country’s busiest airport. They allow starting a new stage in the implementation of long-discussed and expensive project worth 1.2 billion Euros.

SŽDC is preparing the documents to announce three tenders on the upgrading of several sections of the Prague-Kladno railway: between the stations of Praha-Bubny and Praha-Výstaviště, Praha-Ruzyně and Kladno and Kladno and Kladno-Ostrovec. “Next year will be crucial in terms of permit procedures”, chairman of SŽDC Jiří Svoboda commented on these sub-projects. Also, the infrastructure manager is preparing documents for the railway segment between the Praha-Dejvice and Praha-Veleslavín stations.

The Prague-Kladno railway modernisation project has been discussed since the 1990s. In 1996, the Prague city council approved the construction of the railway link to Václav Havel Prague Airport. The feasibility study was carried out only in 2012-2015. The works are valued at 31 billion Korunas (around 1.2 billion Euros).

The project was divided into several sub-projects. Most of them relate to upgrading the existing Prague-Kladno line, including the construction of a second track. A new 5.5-kilometre electrified double-track railway section will also be realised between Praha-Ruzyně station and the airport. Moreover, two new stations, Praha-Dlouhá Míle and Praha-Letiště Václava Havla will be constructed on the new line. The project includes modernisation of signalling equipment on the Prague-Kladno line and installation of a brand new system on the planned section.

The Prague-Kladno project was launched in July 2017 with the reconstruction of Negrelli viaduct built in Prague in 1846-1849. These works are expected to be accomplished in September 2019. The total project will be implemented in the mid-2020s. 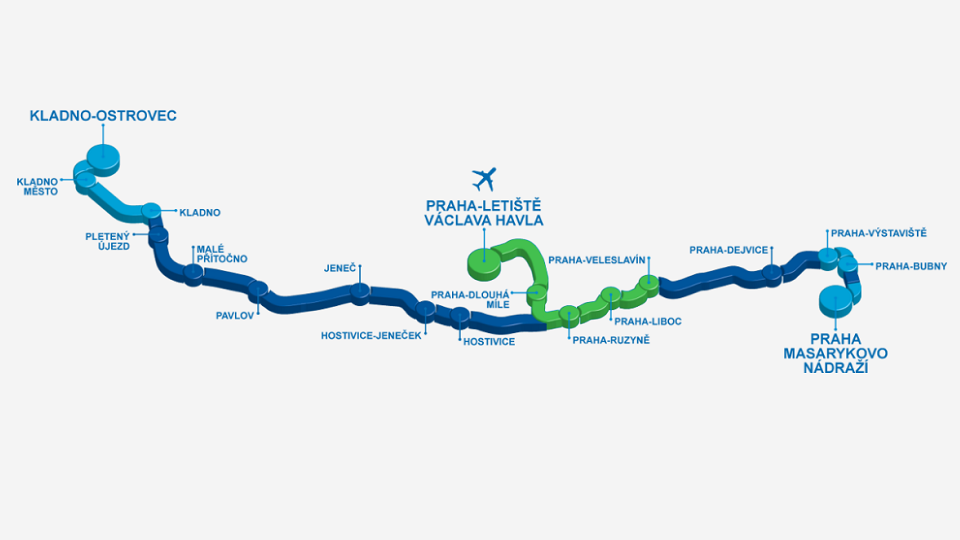 The train will deliver passengers from Václav Havel Airport Prague to Prague Masaryk railway station in less than thirty minutes. During rush time, there will be up to six trains per hour. The railway link is expected to be more convenient and reliable for passengers than a road commute because it will not face traffic jams.

Currently, Prague airport is connected with the city centre only by bus and taxi. The bus connection is provided by several companies including some railway operators. National railway company České dráhy in cooperation with Prague public transport operator DPP launched the Airport Express bus link in 2005. It delivers passengers to or from the airport in 30-50 minutes, depending on traffic density.