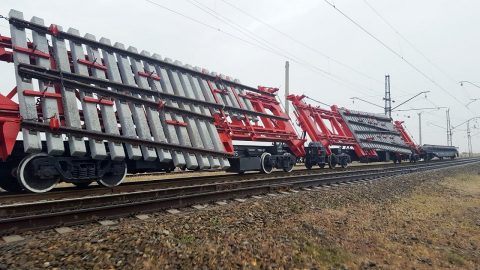 Azerbaijan Railways is implementing an extensive programme on a reconstruction of the Baku-Böyük Kəsik railway. The project includes modernisation of rail tracks and sleepers as well as replacing of old rail switches. 285 new rail switches with concrete beams and sleepers have been already set for more than two years. 11 rail switches are installing now at the Ujar station.

The installation works are provided by two contractors – Specialized railway enterprise №5 and Specialized railway enterprise №11. The companies use technologies from various countries. The new manufacturing workshop was supplied from Turkey to Alat sleeper factory. It allows producing concrete beams and sleepers instead of wooden ones. The metal details were supplied from Kazakhstan whine the rail cranes and special flatcars were delivered from Russia.

Baku-Böyük Kəsik 600-kilometre railway is a backbone line for Azerbaijan. It connects the capital of Azerbaijan with Georgian border. Actually, the line is a part of the Baku-Tbilisi-Kars railway. Azerbaijan Railways started its reconstruction in October 2015. The upgrading of rail switches was launched a year ago, in September 2016. The first new switch was installed at the Heybat station in the vicinity of Baku. 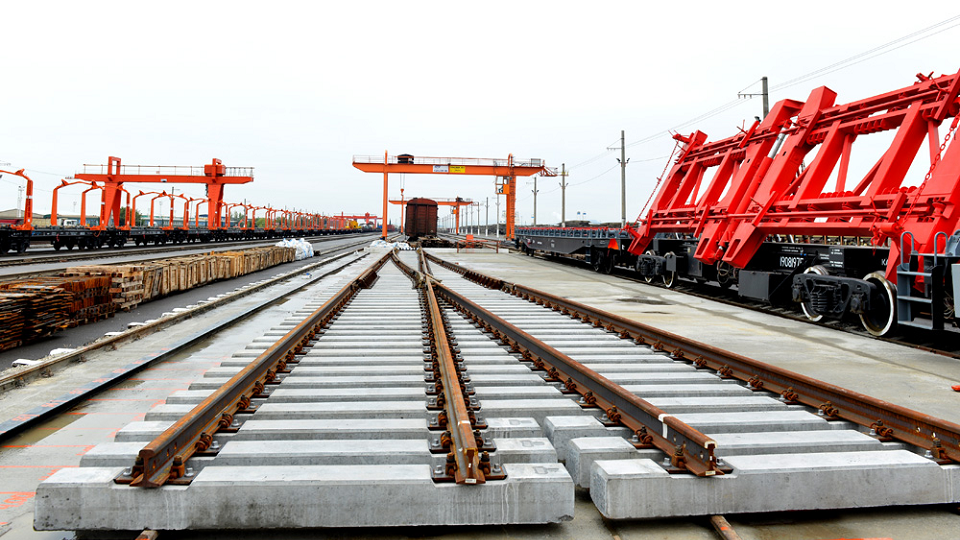