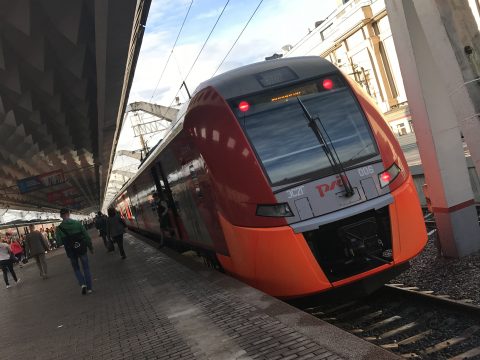 The Russian state-owned railway company Russian Railways (RZD) plans to invest 200 billion roubles, or 2.6 billion Euros, on infrastructure development to quadruple freight transit by 2024. The money will be spent on building 26 new railway stations and strengthening the power supply system along 1,300 kilometres of track, as well as a number of other infrastructure measures.

The company stressed that all these plans should be synchronised with the development programmes of all participants along the routes: the shippers, ports and border crossings, among others.

For Russian Railways, it is equally important to gain the trust of customers in order to achieve a multiple increase in transit volumes: “The first term in the ideal formula for transit traffic is the stability and predictability of tariffs, which OJSC Russian Railways has not changed since 2011″, Alexei Shilo of Russian Railways said.

“The second aspect is to improve constantly the level of service. And the third is that each participant in the chain has to work to increase its efficiency on an ongoing basis. As a result, consumer trust is then expressed in the number of tons of freight and goods transported and the number of clients and so on.”

In order to solve these problems, Shilo said that the RZD holding would continue to develop electronic services aimed at both simplifying customer access to transportation services and improving internal processes.

Another important area is the change to a universal CIM/SMGS consignment note, which will allow shippers to transport cargo between different countries on a single transport document and speed up border and customs operations. From 2019, Russian Railways plans to switch to the registration of such invoices in electronic form.