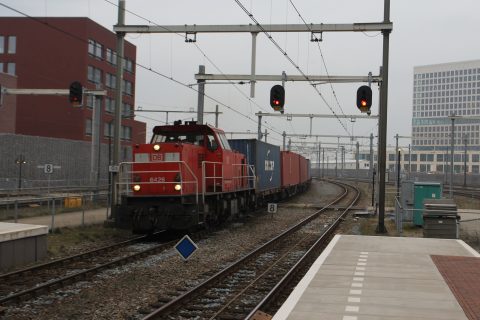 Global rail freight volumes will rise with 2.8 per cent this year, accounting for an additional 1.3 million tonnes. In 2019, the volumes will increase by 2.1 per cent. That is the prediction of Panteia, a Dutch research institute. Freight movement is in the lift, and the rail sector is likely to grow along, they predict.

Apart from a general growth of freight, the modality has acquired prominence on the political agenda. This will contribute to the expected rise in volumes, said Panteia. The research firm cited the lowering of track access charges in the Netherlands and Germany in 2019 as a key factor stimulating growth. In addition, there are several initiatives likely to push the sector further, such as experiments to operate longer trains (740-metre trains) on an international level, they argued.

Panteia predicts a growth with 3.3 per cent for the total volume of freight transported in 2018. In 2019 growth will continue but at a slower pace, with 2.3 per cent. The prediction is based on the blooming national and international economies. The pace of these growing economies is likely to slow down in 2019. Import tariffs issued by the US and rising oil prices are factors negatively influencing the growth of freight volumes.

Challenges on the road

Unlike the expected rise in volumes, the road sector will witness some major challenges in the years ahead. Kilometre charges for trucks are around the corner, as well as higher road tolls in Germany in 2019. The oil prices are expected to increase and a shortage of truck drivers is likely to remain a problem affecting the sector.