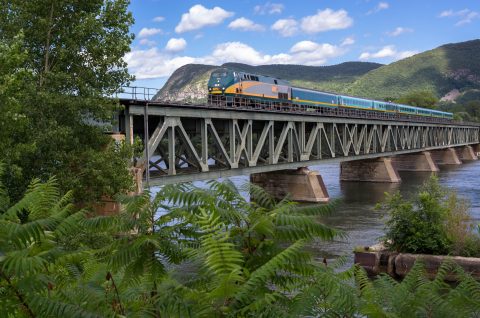 The Government of Canada has plans to invest 20.7 million Canadian dollars (13.7 million Euros) in 105 different railway projects and initiatives, intended to improve railway safety on Canada’s 40,000 kilometres of track.

The projects were announced by Member of Parliament for Ottawa South David McGuinty, on behalf of Minister of Transport Marc Garneau. Collectively, the projects will receive more than 20 million Canadian dollars under the Government of Canada’s Rail Safety Improvement Program. They aim to increase public confidence in the rail transportation system.

In Canada, almost half of all railway-related deaths and injuries result from accidents at crossings. The Government of Canada is committed to reducing the number of these accidents by taking appropriate action as required.

Transport Canada is funding 103 infrastructure projects, including 98 grade crossing improvements across the country and five technology and research projects. The funding will also be spent on two rail safety education and awareness initiatives that focus on reducing injuries and fatalities in communities across Canada.

The Rail Safety Improvement Program builds on three previous rail safety programs with an increased overall funding level, an expanded list of eligible recipients and a broadened scope of projects that can be funded to enhance rail safety.

“The Rail Safety Improvement Program is an important part of Transport Canada’s comprehensive approach to improving the safety of rail transportation across Canada,” McGuinty said. “In funding these projects, we are reinforcing our commitment to enhance rail safety in urban and rural areas.”

Garneau commented: “Rail safety is my top priority. A safe and secure national rail transportation system is important to local communities and to Canada’s economic well-being. We are working closely with railway companies and road authorities to identify grade crossings that require safety improvements.”