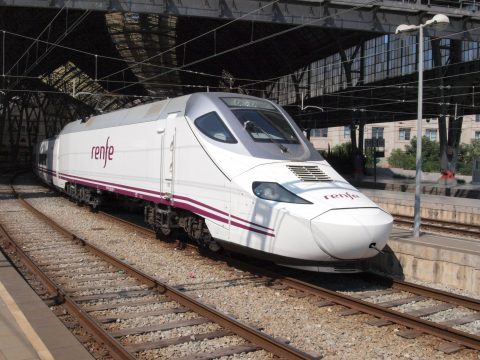 The European high-speed rail network is a patchwork of national lines without proper coordination across borders, according to a new report published by the European Court of Auditors (ECA). As a result, the connections are poor. Also the added value of EU co-funding is low.

The auditors visited six Member States (France, Spain, Italy, Germany, Portugal and Austria) and analysed spending on more than 5,000 kilometres of high-speed lines, covering around 50 per cent of the EU total. They found that although the length of national high-speed rail networks is growing, the EU target of tripling the length of high-speed rail lines to 30,000 kilometres by 2030 will not be reached. This is partially due to the lack of a solid EU-wide strategic approach.

The decision to build high-speed lines is often based on political considerations, rather than necessity. Cost-benefit analyses are not generally used to make cost-efficient decisions. In many cases, trains are running on high-speed lines at far lower average speeds – only 45 per cent of maximum speed – than the lines are designed to handle. This raises questions as to sound financial management, say the auditors.

Cost overruns and delays were the norm, instead of the exception. Aggregate cost overruns for the examined projects and lines were 5.7 billion Euro at project level and 25.1 billion Euro at line level. Eight of the thirty projects examined had been delayed for at least one year, and five out of ten lines had experienced delays of more than a decade.

“An ineffective patchwork of poorly connected national lines has been constructed”, said Oskar Herics, the Member of the European Court of Auditors responsible for the report. “High-speed lines crossing national borders do not rank among national priorities for construction and the Commission has no power to enforce them. This means the added value of EU co-funding is low”. Since 2000, the EU has provided 23.7 billion Euro of co-funding to support investments in high-speed rail lines.

In 2010, the auditors already called for urgent action to lift technical, administrative and other barriers to rail interoperability. However, they found that these barriers still persist in 2018, which prevents truly seamless and competitive EU-cross-border high-speed rail operations. The overall effectiveness of high-speed services would be increased by integrated ticketing systems and better accessibility to stations and improved connections.

The auditors identified a few recommendations for the European Commission. First of all, the Commission should carry out realistic long-term planning. The Commission should also agree with Member States which key strategic stretches to implement first, followed by close monitoring to ensure that commitments to complete the core EU high-speed rail network are respected.

Additionally, it should simplify cross-border tendering procedures, use “one-stop-shops” for the various formalities, and lift all remaining administrative and regulatory barriers to interoperability. Finally, it should improve seamless high-speed rail operations for passengers, by, for example, e-ticketing and simplification of track access charges.