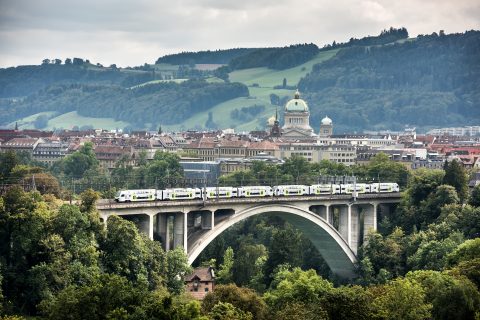 Swiss railway company BLS AG accepts the concession decision from the Swiss Federal Transport Office (BAV), the company announced on Thursday. From December 2019 BLS will serve for the long-distance lines Bern-Biel and Bern-Burgdorf-Olten. BLS will not appeal the decision not to grant it a further three concessions.

The decision of BAV allows BLS to enter the long-distance market again. However, BLS cannot implement its ideas to improve the passenger service as planned. The Swiss company had calculated that it could have offered service improvements such as onboard attendants and ticket sales if it was granted all five lines. Because it was only granted the concession of two lines, not enough revenue can be generated to implement the improvements. BLS intends to submit another application at the next concession award to get more lines.

BLS also withdrew its complaint in order not to jeopardize the timely takeover of the lines due to an uncertain legal situation. The company calls on all parties involved to continue with the implementation of long-distance concessions.

BLS AG is going to order eight Mutz double-deck trains from Stadler in the coming weeks. The trains will run between Bern and Biel en between Bern and Olten. The short-term order is possible under an option that is still valid from the original Mutz purchase in 2012.