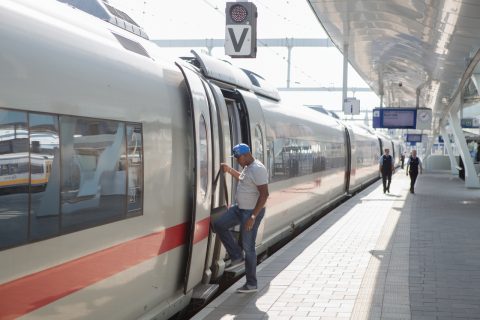 Deutsche Bahn has cancelled plans to run high-speed trains from the German cities Cologne and Frankfurt to London. According to the British newspaper The Independent this is due to a ‘significantly changed economic environment’. DB declined to say whether Brexit had played a part in the decision.

DB had begun preparations for the launch of the connection. The company received an operating certificate to run services through the Channel Tunnel in 2013. According to officials of Eurotunnel, who run the infrastructure, the trains would start running in 2020. Deutsche Bahn then said last year that the high-speed train would not start running in 2020, but still expressed interest in starting up high-speed services between Germany and the United Kingdom.

Now the German national railway company says this will ‘not be on the agenda for the foreseeable future’, citing the changed economic environment as a result of the price competition with low-cost airlines. The Independent reported on Sunday that Deutsche Bahn did not confirm or deny that Brexit was taken into consideration with the decision to shelve the plans. They did take into account the fact that its train model, the ICE BR 407, is not registered in Belgium.