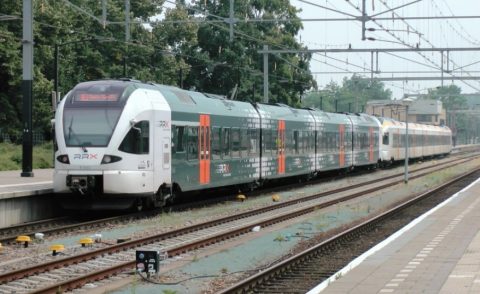 Cross-border rail traffic is a recurring topic and receives a lot of attention. Or not enough, as the case may be. Good intentions to simplify things often come up against very heavy legal regulations for cross-border rail operations. On top of that, each operator develops its own IT system, which makes a common distribution difficult.

This is still too often forgotten, but the railways are primarily a matter of national policy and historically, companies have had the a clear and sole task of looking after citizens as a priority. This is also why ticketing, which has a social – and therefore political – character, is so different between states in Europe.

But there’s another reason. For an incumbent rail operator, the domestic ticketing revenues can represent 70 to 90 per cent of company’s total revenue. Deutsche Bahn carries more than a billion people a year on the local and regional lines, which is far more than it does on international lines, which is considered a ‘residual market’.

The consequences of all this are that:

At the local level, the impact of this national policy is that rail operators can only sell within the national territory – for which they are mandated – and their area extends to the last station before the border.

For example, the Dutch OV-chipkaart is not valid in Belgium or Germany, while the Belgian Multi-pass is not valid in the Netherlands, Germany or France. The famous German 49-euro ticket does not cover cross-border journeys and ‘only’ takes you to last German station before exiting the country. These are all things that each respective government decides and subsidises.

For a long time, a very heavy legal framework has been developed to regulate the administrative affairs of international rail transport between two cross-borders stations, even over a very short distance (in yellow on the diagram). This is shown in the diagram below:

Diagram from the author

Fortunately, there are two cases where one does not have to buy a specific international ticket between two border stations:

One example is TiLo, a tariff agreement between Ticino and Lombardy. This is also the case between the Dutch province of Limburg and North Rhine-Westphalia, for the Maastricht-Aachen trains.

However, even with these good examples, it is still necessary to go to each operator’s website to get an online ticket.

Towards a one-click purchase?

There are many different opinions on this issue. Some explain that there are too many stations and fare ranges to fit into a European-wide IT programme. The age of a child sometimes differs from one country to another (12, 14 year old?). The definition of a “student” is not the same everywhere and depends on national social policies, etc.

Others argue that ticketing and website are an important marketing tool, and all of that is primarily aimed at regular customers, not occasional tourists.

Join us at the RailTech Live digital conference on Wednesday 14 December from 12:00-14:45 CET and delve into the question of whether one train ticket for a cross-border journey is within reach or still a distant dream for the European railway industry.