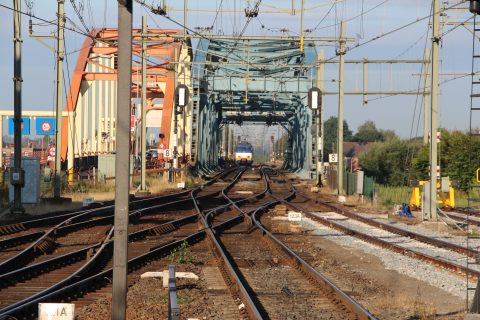 RailApp introduced a financial module for its rail sector planning application earlier this year. Using this new feature, railway companies and professionals alike can generate a cost specification following an assignment or job. As such, the process that RailApp facilitates through its application is now all but complete, co-founder of the namesake company Rico Perdon explains.

The financial module is the key component of the so-called Purchase2Pay process for railway companies and other firms that look for contractors, staff or free agents. For the latter group, the module is part of the Order2Cash process that they use for invoicing.

“Through RailApp, both parties were able to see what a certain job entailed, where it would be and at what time. It also enabled them to track man hours and create virtual receipts. However, they would then still have to extract the necessary information for their sales/purchasing invoice, which also happens to be the most laborious part of the process”, Rico Perdon says about the reasons to add the financial module.

With the new module, the companies get to sit in the driver’s seat and input all the necessary information regarding the different levels of compensation for work during the day, at night or during weekends. This also means that there is a clear specification for contractors who, if they accept and input the information on their end, will see the same amount to be billed.

Curious about RailApp? Have a look at the video for more information

Independent contractor stand to benefit, too

Adding this financial module had been a consideration for some time, and the market certainly welcomed it. Perdon often noticed in client meetings that while the various RailApp features were greatly appreciated, invoicing still took a fair bit of time regardless. He noted that the company on its part realised that the process they offered could be made more whole.

Since its launch a few months ago, the first companies have started using the financial module. Business consultant Walter Brusse assisted those firms with setting up the module, as making sure everything is inputted correctly right from the start makes a big difference.

“If you sit down with the right people from the financial department, a 5-minute meeting is all it takes. Those individuals speak the same language and immediately see the benefits, such as time saving”, Brusse explains.

Contractors and other professionals often need a bit more time and explanation to get going, Perdon and Brusse noticed. “But they, too, can save many hours per week or perhaps even cut back on their accounting costs”, Perdon explains.

While convenient, the availability of the new financial module has not translated to an immediate uptick in the number of active RailApp users. “That’s not how our sector works”, Perdon says. “Not every client has the same urge to digitalise certain processes. This takes time. Our more recent clients, however, did see the financial module as a distinct benefit. In short, it will likely facilitate the same level of strong continued growth we’ve seen over the past years.”

Certainty in a tight labour market

Perdon does see that RailApp offers users more certainty in times of a stressed labour market. This is mainly due to the so-called availability feature of the platform, which enables companies to see which individuals are available for which jobs, and when.

“When manpower is hard to come by, you want to make absolutely certain that you contract staff well in advance. Not only that, you want to make sure that the deals is closed. Oftentimes, we hear that confirmation via email or WhatsApp is not enough. RailApp offers certainty.”

The step for RailApp will be to make the financial module fully compatible with software such as Oracle, Exact, WeFact and Unit4, so that the information available in RailApp will flow straight to companies’ accounting departments. This, then, should further strengthen RailApp’s position in the Dutch market, as well as enable the company to gain a better foothold in Germany, Austria and in other companies where there is a need to digitalise contracting, Perdon concludes.

What to know more? RailApp is of the exhibitors at RailTech Europe 2022. Click here for more information and registration.