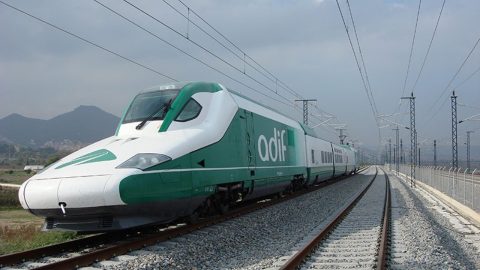 Spanish infrastructure manager Adif has awarded the contract for the supply and installation of the traffic regulation system Sitra+ on wednesday. The system has numerous advantages for traffic optimisation, punctuality and information to the passengers, says Adif. Five different components of the project have been awarded to companies IBM, CapGemini and Hopla Software, who have 60 months to carry out the tasks.

The Sitra+ traffic control system will replace the previous system, called Sitra, throughout the Spanish railway network. The upgrade will provide greater functionalities which will have a positive impact on the quality of the railway service, according to Adif.

The system offers information in real time which can be integrated into several systems. It can determine crossing points of trains and detect possible delays. This data is used for customer information systems to inform passengers, and will be used to determine the track access charges that railway operators pay to make use of the tracks.

As the main novelty, the Sitra+ management system will incorporate an integrated automatic traffic enumerator / router that will integrate the tool and assist operators performing regulatory tasks, including communications between the new Sitra+ and the Centralized Traffic Control Systems (CTC). The prototype will initially be installed in a command post with the aim of extending it to the rest of the regulation centers in the future.

This functionality will facilitate work at the command posts, being able to carry out most of the usual traffic management operations directly from Sitra+. In this way, Sitra+ represents a scalable solution and will be progressively implemented in all Adif command posts, from the most advanced environments up to the railway lines with less equipment.

Acquiring database software for system integration has been awarded for 1.2 million euros to Hopla Software. The last two components are also awarded to the company, corresponding to microservice balancing software for 400 thousand euros and the acquisition of in-memory cache software for 370 thousand euros. The project is co-financed by the ‘Connecting Europe’ Mechanism (CEF) of the European Union.